Well that was CRASS. 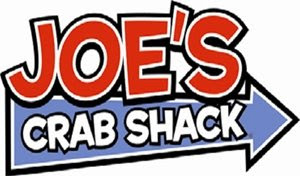 While eating a free donut this morning..ok fine 2 free donuts- and tuning into the rerun of The Soup- this came on.
Keep in mind this came on at 10 AM. Now I'm all for a little bad language obviously, but this just struck me as strange! Is this just more proof that America wishes it was a cool foreign country with awesome horror movies and even awesomer inappropriate commercials? Probably not. And seeing as this commercial has already been banned by several stations, I'd say this rebelliousness is short lived. Nuts.
Regardless I thought this was just a joke done by those silly writers from The Soup! but IT AIN'T. Ooh Children swearing are the best.
Also there's a scary shark in that commercial...Fuck dat shit!
Posted by Andre Dumas at 10:25 AM

Innapropriate commercials seem to be all the rage these days. It's like the advertisers are saying that the public at large is so anesthetized by their constant stimulus (cell phones, texting, video games, social networks, apps, entertainment) that you can't get the attention of the media zombies unless you use shock tactics. Here's just one example of such a commercial currently running in New York: http://www.youtube.com/watch?v=lt-J4AGcCoo

PS: I guess the sad thing is that there must be some truth to the advertiser's theory based on the proliferation of such commercials these days. Wake up out of your trances, everyone!

SO weird, I just saw this commercial 5 seconds ago. Only it's totally different here. They just say, "Oh!" and it doesn't make much sense.