Pranks Gone Wrong: A Study In Stupidity and Bad Luck.

My recent review on House on Sorority Row has got me thinking about all sorts of failed and stupid pranks that we see in horror movies. As stupid as they may be- I believe there is a pretty sensible explanation. In order to elicit the kind of brutal anger and revenge acted out in most of these, the prank needs to be a little extreme or else the motive of the killer would not be warranted. However that does not stop me from realizing how insanely random and stupid these pranks are- and who would honestly think these up?

The Burning
The Plan: Hey guys I got a prank that will get the creepy camp janitor Cropsey- and get him good! Even though he never really did anything to us- but anyways- here's the plan. We get an actual rotted human skull (most likely from the black market dealer in cabin 6), - stick a couple of candles in it's eyes, light that sucker up and stick it in Cropsey's room! Get it? So it'll be the first thing he sees when he opens his eyes- then all we have to do is wait for the screams... 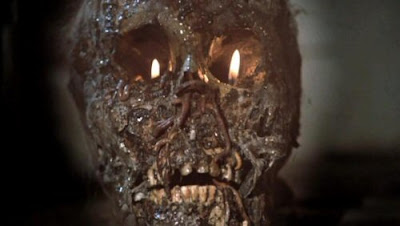 The Problem: No one could have known that Cropsey's biggest fear is human skulls with candles in the eyes. Especially skulls that could basically pass for one of those decorative skulls you buy during the Halloween season. Cropsey's first impulse is an obvious one- swat that burning human skull and swat it good! Unfortunately bad aim results in the skull falling onCropsey's bed and igniting his extremely flammable bed sheets- which then of course equals one badly toasted Cropsey. Whoops! 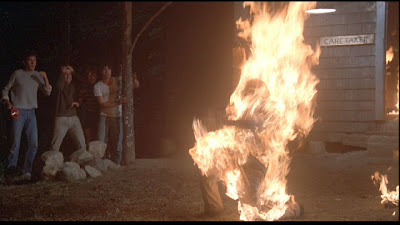 The Plan: Alright guys- there's this one new pledge Kenny- and he's a little ugly so let's get him good. Since Doc is pre-med and has access to those pesky dead bodies used in class- the only sensible one is to put a dead body in bed with Kenny! (We'll plan out how to steal it and transport it across campus later) So Jamie Lee Curtis will lure Kenny into a darkened bedroom and seduce him with her manly charms. Kenny will think he's getting into bed with Jamie Lee Curtis but he's actually going to put his naked body around the dead body! Raucous laughing to follow. 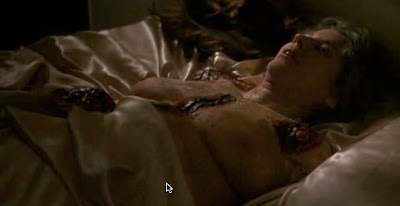 The Problem: No one likes being tricked into having sex with a dead body- so it's no surprise that Kenny took this one hard. The prank results in the hospitalization of Kenny for some unknown crazy disease- and ultimately leads to a 4 year grudge which finalizes in the murder massacre of those responsible for his little necrophilia mishap. Guessed you should have thought this one out longer guys. 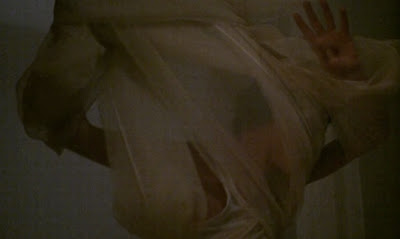 Carrie
The Plan: OK bitches listen up. That Carrie White has made our lives a living hell and do you know why? She had the nerve to make us do extra gym classes. This means payback. We're going to rig the prom queen title so that it's fixed and that Carrie wins. At some point during the night we'll kill a pig, fill a bucket with it's blood and have it dumped all over Carrie just when she's really happy. This is the best prank in the world because it also reminds us all of that really funny time Carrie got her first period in the shower and we all laughed and threw feminine hygiene products at her. Carrie White burn in hell WOOT. 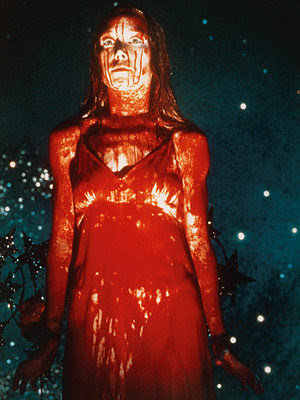 The Problem: Everyone knew Carrie White was a little weird- but no one really knew what she was capable of. The major problem with the prank is that it's the meanest prank in the world. Had this happened to anyone else- I'm not entirely convinced that they wouldn't have gone on a massive killing spree as well. Carrie reacted the same as any normal person would- only she had a nifty little short cut to get the job done faster. This prank was failed from the get go- because A. Chris is a dumbass and B. Telekinesis is best left alone.
Tamara
The Plan: You know that really ugly/ pretty girl who is a major loser and weirdo? Well she has a crush on our teacher and she wrote a paper about how the football team did steroids. As the old saying goes- nobody likes someone who tells the truth so let's prank her! We'll pretend to be the teacher, get her to come to a hotel room where she'll undress and get into bed. Meanwhile there will be a camera set up- and head douche bag Shawn will bust through the room and humiliate her on camera. Oh and the best part is- the camera is hooked up to the TV in the next room over- where we'll all be watching! Ha! 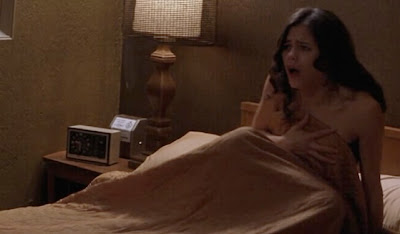 The Problem: Who knew Tamara was such a loose cannon? Once she happens upon everyone watching her humiliation in the next room- Tamara goes ape on those she thought she could trust. When the struggle gets a little wild and Tamara tries some bitch slapping- the footballers under estimate their own steroid superhuman strength. One push and Tamara suffers a fatal head injury. Oh and the other huge problem- was that pesky little magic ritual Tamara performed a few days earlier. You know the one where she is eternally bound to be with the one she wants....looks like Tamara will be back before you know it. 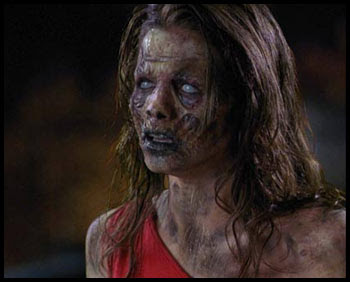 The House on Sorority Row
The Plan: Ugh that wench Mrs. Slater won't let us have a huge party- plus she popped my water bed let's prank her right where it hurts. We'll put her cane in the middle of the gross pool that hasn't been cleaned in years- then hold her at gun point with an unloaded gun. Who's wet now biiiitch? 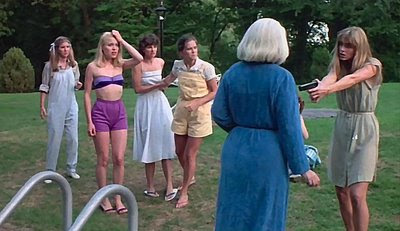 The Problem: I'm not sure holding your house mother at gun point is the brightest idea- especially when her deformed son is watching from the attic window. Due to this little prank Eric goes on a killing spree to avenge the death of his dear mother. Now I'm not exactly sure how Mrs. Slater died in the first place but this plan was just all tons of bad. She drowned? She couldn't swim? She actually did get shot? Who knows. One thing's for sure- it really is the lamest prank ever.
Posted by Andre Dumas at 8:52 PM

Great list. What surprises me most about all these pranks is how so many of them involve dead bodies or just body parts or fluids. How many young people do you know could handle having to get down and dirty with a rotting corpse just so they pull a stupid prank? It takes a lot of work to get used to things like that, and most people, no matter how immune they think they are to such displays, wouldn't be able to handle it the first time around, especially once the rotting flesh starts letting out little bursts of trapped gas. Goodbye lunch.

This is Bill from the Uranium Cafe. Thanks for the visit and advice. In fact I like your blog and have checked it out before from the Horror Blips homepage. Keep up the great work here and to assure you here is no bitter feelings I added you to my Blog Rolls at my two horror blogs. Now, time for me to get over it and get back to work.

Whoa two Williams my head is going to explode!

William I- Thanks! I know it is so absurd to me the fact that anyone would fathom getting close to a dead body like that- especially since the one in Terror Train has like...arms chopped off at the bone and looks like she's been out of the fridge one too many days! It really is the most impropable of propables.

William II- Woohoo! Thanks! I am very relieved, because I've always enjoyed your blog and did not want you to lose all hope. : )

Great post! And it's only scratching the surface--there are so many of these super elaborate, mean-spirited pranks in horror history, and they never, but NEVER end well. Makes a hit-and-run wedgie or the old "water bucket over the doorway" stuff look absolutely passe, if a bit safer.

Great blog entry. Though, I must hate you now just a little bit for reminding me of Terror Train. :) God, I hated that movie.