The Fashion Digest; Best Dressed Baddies and How to Update Their Looks.

Today marks the kick off date of a brand new and exciting feature at The Horror Digest. The Fashion Digest with Emmy Doomas! Here my wonderful sister and I will take a look at certain fashions in horror movies and give you our honest opinions as well as a fresh and new updated look. If you've ever found yourself in awe at Freddy Kruger's keen fashion sense--this just might be your lucky day. Today's theme is Best Dressed Horror Baddies- a look at some of my top choices for best dressed villains and how you can duplicate their horrifyingly tasteful looks.
Count Orlok 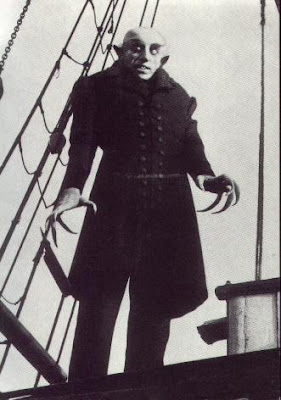 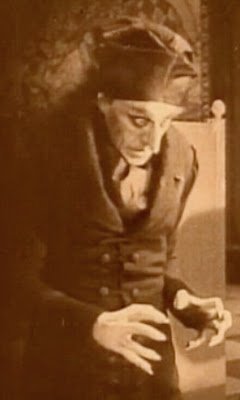 I have talked before about how much I dig Count Orlok's fashion sense so it would make sense that he would be my first choice. It cracks me up that the most notoriously hideous looking version of a vampire has the decency to put on such a fabulous and figure flattering frock! Clearly having to sleep in a coffin doesn't stop him from looking his best- and even when he's out frolicking in the town square he always remembers to wear that fantastic hat of his. Here we have the living (dead) proof that being ugly doesn't mean you have to hide behind equally ugly clothes. Edward Cullen may have sparkles but the Count has the style!

Who says vampires don’t have style? Clearly, Count Orlok was ahead of his time, as nobody should go through life without a serious, black wool coat. There are several elements here that really make this article of clothing a stand-out piece, and something I would call a wardrobe staple. First, the high collar. No doubt useful for those cold days laying in a coffin, but furthermore coats with high collar make the necessity of a wearing a scarf practically zilch! Hoo-rah! Secondly, I am a HUGE fan of the intricate button detail here. (I can’t even fathom how the monster was able to button that thing with those salad fingers though! Yikes!). Thirdly, the style of this coat is fantastic. It’s nipped in at the waist (making those vampire hips look oh so tiny) and has a really nice length to it, which will really elongate any figure. Sure, the bald head, fingers nails that are desperately in need of an emery board, and those scoliosis ridden shoulders make him a sight to be seen, but I would definitely give this monster an Emmy Dumas Fashion Woot for this stunning coat.

How to Update Count Orlok's Look
For those interested in a more modern day version of Count Orlok’s choice, let me introduce all you ladies to this little diddy by French Connection 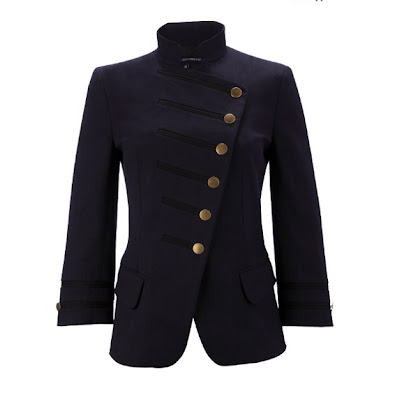 With its high collar, and military button detail, you get the classic aspects of Count Orlok’s look minus the scary, vampire, moldy vibe.

For all you gentlemen, an easy reproduction of Count Orlok’s coat can be found in the classic toggle coat, seen here at Banana Republic. 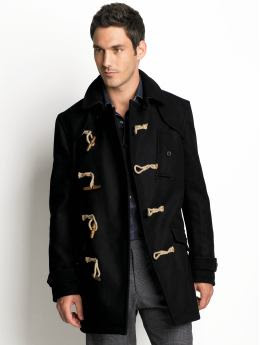 If only Count Orlok had toggles instead of those ridiculous buttons, he probably would have been one happy vampire. 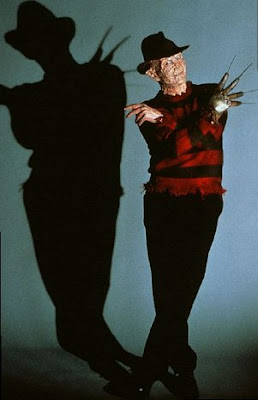 Freddy may seem like an unsual choice--seeing as his sweater is a bit ripped and well...charred and dead looking--but who can argue that his sweater isn't the best thing since sliced bread? Sweater's are timeless, warm and all kinds of cozy. Despite being burnt alive- Freddy still finds it necessary to bundle up and I DIG that man. A badass who wears a functional AND fashionable garment? More of that please. Bonus points for wearing a sensible pair of black trousers that match perfectly.

Prior to guest-writing on Andre’s blog, I had no clue that I owe 1/25th of my wardrobe to none other than Mr. Freddy Krueger, or more specifically his taste in horizontal, striped sweaters. Contrary to popular belief, the horizontal stripe can be almost everyone’s best friend (Sorry, Biggest Loser contestants—maybe not you). They don’t make you look wider, and don’t necessarily remind people of prison garb anymore (the orange jumpsuit has taken the reins there). Freddy’s striped sweater was a great choice for any pizza face, deranged, psycho dream killer. It’s simple, yet unique, without saying “I’m trying to hard!”.

How To Update Freddy's Look

The fashion world absorbed this simple, yet fun look- just check out one of Gap's featured sweaters this season... 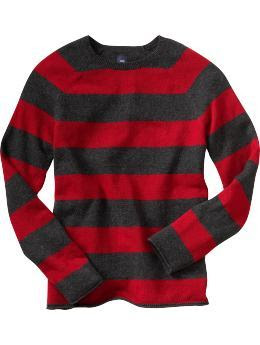 For a more feminine touch to the Freddy stripe, I really love this Express sweater dress (actually I own it!). 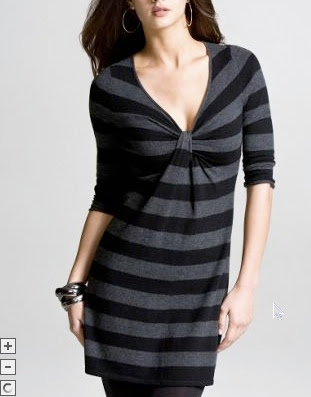 Here we have the stripes, yet a bit more sexier take on them. Freddy certainly could never make balloon animals, but he had a hell of an eye for patterns! 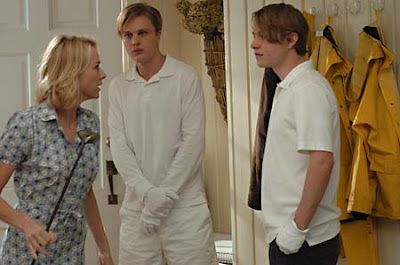 While I prefer the Peter and Paul of the original Funny Games---well actually that's not true I just really like Paul's short shorts in that version and since the US remake was a shot for shot remake, both versions of the brutal killers are wearing basically the same thing. What I love about Peter and Paul's look is that it's so crisp and clean and so the exact opposite of who they really are. We see them torture the poor family in the most brutal fashion- yet they never seem to get a drop of blood on their stunning white ensemble. Sure not many people wear all white outfits anymore, but Peter and Paul rocked that preppy golf look and rocked it hard.

Well, it’s official. I can’t have children. Haha, just kidding. But what is official, is that this 2010 spring runway has given the OK to monochrome! Clearly, the boys of Funny Games were well aware of this look ages before the likes of Lacoste and Phillip Lim! Though I am amazed, at how clean they keep their look. They must have had a life-time supply of Oxi-Clean to get out all those blood stains out. (Hey, Bill Mays told me it could!) For awhile, monochromes terrified me. They would bring me back to the days of the 1980s, Miami Vice inspired white suits, and neon colored t-shirts. Bleck! But the monochromatic styles coming down the runway for spring are fresh and chic.

How to Update Peter and Paul's Look

The prepster image is slowly waning. Lacoste, known for being prepster central (prep=little alligator on your boob), has an amazing line out right now. I really love the black trim on these. It’s like monochrome with a twist. Remember if you’re going white monochrome say goodbye to cheeseballs, red Kool Aid, and underwear. See through central!!!! 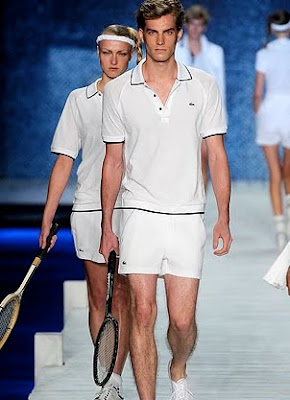 Ahahahaha! Oh my god, you guys did it!

Some sweet threads in here.

I hope this will be an ongoing series, particularly for fashion-challenged chaps like me.

Wow, I really thought it would be impossible for a woman to pull off the Freddy look, but that's amazing. Elegant and deadly. tssss

HAHA. Great idea for a post. I too adore Count Orlock's threads.

This was great. Very entertaining. haha.

This is the reason you are sitting at number 4 on the Horrorblips site. Truly inspired and hilariously perfect. I hope there is more to come, cause I'm waiting for Lestat to be given a heads up on what's relevant these days...
Love it!

I bow at your feet and at the awesomeness that is this posting.

Wow thanks everyone!! Emmy Doomas and I will certainly be back for more Fashion Digest.....next will be horror fashion faux pas and how to fix them!

This is absolutely brilliant.