Puke-a-Palooza: The Best Vomit in Horror 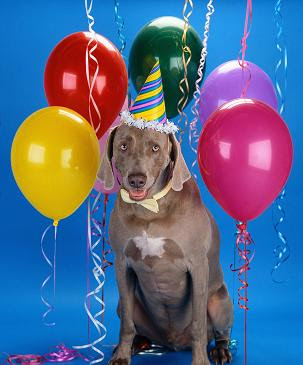 My biggest fears in life are sharks and vomit. This may come as a surprise to you since this post is entitled "Pukeapalooza". Lucky for you however I'm really only afraid of real life vomit, and also sharks don't really vom too often so that's all taken care of. Anywho I guess what it comes down to is that I never realized just how important a role puke can play in movies. And so it gives me great pleasure to introduce to you, the master plan behind this oddly tantalizing post. I know you've all been dreaming of this day and at last it's finally here--the most epic compilation of puke scenes brought to you by none other than myself and Ms. BJ-C of Day of the Woman. This day will live in infamy not only as the birth of the best festival of puke ever-but also as the start of the blogging collaboration you've all been craving. Don't lie to yourself- you know you are kept up at night wondering when we would combine forces- SO without further ado- let the puking begin. WARNING: This post may cause actual booting.
My Picks!
MOST RESOURCEFUL VOMIT: Vomit of Brundlefly 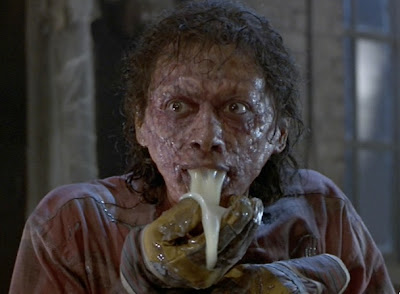 Every now and then vomit wakes up and comes to realize it's full potential. In the case of Brundlefly, vomit becomes the only way that he can properly eat- and it also serves as an impromptu self defense tactic. You know when a fly lands on a piece of food and it instantly vomits so that the acid can break the food down making it possible to digest? Well imagine that magnified to the nines and then instead of food picture human flesh and..... 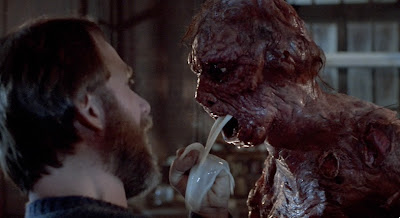 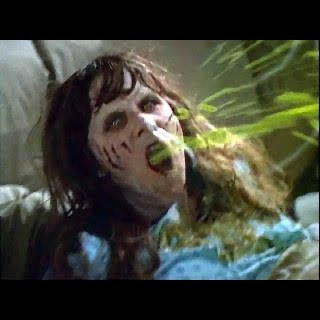 When people think of The Exorcist they immediately think of the Fuck Jesus scene and of projectile pea soup vomit. It's really only more proof that demons are the smartest beings known to man (second maybe only to Velociraptors) - because no one really likes being spewed on. Unfortunately the priest was a little too good at keeping his cool- so that was a bit of a bad luck on the demons part. However this scene also proves that projectile demon vomit can be easily substituted as a weapon in times of great political uprising.
BEST USE OF MISCHA BARTON VOMIT: Vomit of Ghost Mischa Barton. 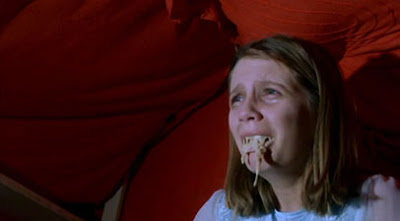 Remember when the O.C. first debuted and everyone flipped out because they realized that "hottie" Marissa Cooper was the scary little girl from the Sixth Sense? Sadly the scene survives today as Mischa Barton's best acting role to date. However, this particular vomit while extremely thick and pasty looking also had the strange effect of making us feel really sad once we understood why she was vomiting. It's a rare occurrence. Also- since when can ghosts puke?
MOST UPSETTING INSTANCE OF VOMIT: Vomit of Asami in Dog Bowl. 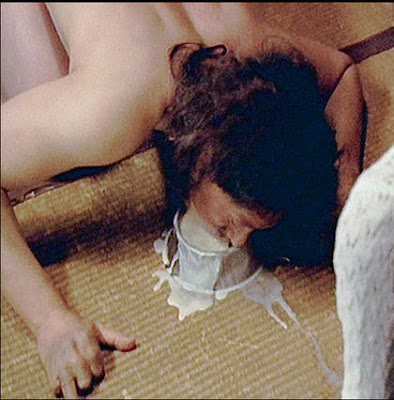 It's common knowledge- well at least to myself- that Eihi Shiina is a hardcore method actress. This of course means that she insisted upon actually throwing up into the dog bowl before feeding it to her victim. That to me is 100 times more frightening than any of the subsequent torture scenes. Also I always wondered if any jokester's were feeling saucy and switched the fake dog bowl of vomit with the real one. That could possibly be a fate worse than death. While no one may enjoy getting thrown up on- I'm pretty sure no one would ever want to eat a steaming bowl of vomit. While we are on the subject however- would you rather eat pea soup demon vom or the milky white vom of Asami? Tough call.
BEST SECRET WEAPON VOMIT: Vomit of Tortured Paxton. 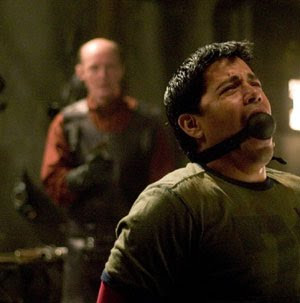 Paxton taught us a lot of things- but perhaps the most useful lesson was; if you are ever being tortured just puke on the floor so that your torturer slips on it while trying to slice you in half with a chainsaw. That Paxton can sure think on his feet. Also bonus points for having a ball gag actually make you gag. That's what they're there for am I right?
MOST JUSTIFIED OFF CAMERA VOMIT: Vomit of Timmy. 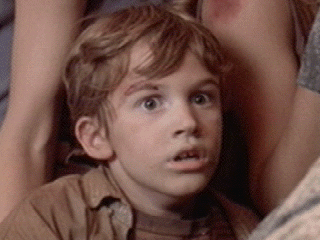 Let's face it. Who wouldn't vomit all over the place if a T-Rex was trying to eat you? Not to mention that after that close call, Timmy almost got crushed to death by the car, and then sent over the ledge to his doom- only to be stuck in a giant tree, teetering on a branch- ready to come crashing down at any moment. I'm honestly surprised that Timmy didn't also shit and piss his pants while vomiting. That alone is an accomplishment.
BJ-C's Picks!

The So Much Vomit it must be King: Pie Eating Contest Scene in Stand By Me 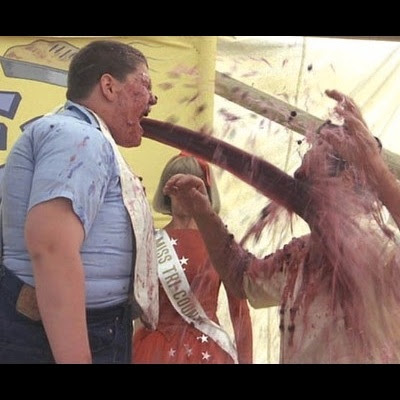 While it may serve no purpose to the film other than to make everyone feel incredibly uncomfortable and make fat Jerry O'Connel have a moment of glory, there's so much projectile vomit its almost hard to sit through. This scene may take the cake...err...pie when it comes to ralphing scenes. Couldn't they have done it goonies style and just have the fat kid imitate it rather than show about 50 people puking up blue ribbon rhubarb pies on each other? Never...it wouldn't be Stephen King then. 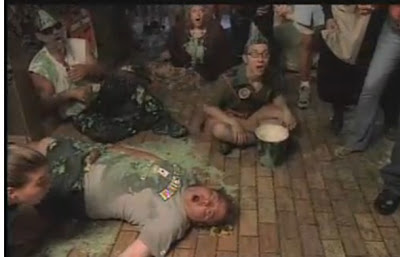 If PETA ever made a horror film to expose the dangerous side effects of the General's chicken...I'm pretty sure it would look something like this. Poultrygeist is already one of the whackiest films I've ever watched, but it does have one hell of a group vomit scene. Vomming on boyscouts, breasts, bikers, and buckets of chicken are exactly the targets I'm looking for when yuking, and thanks to these fine folks I'll have ALL of these options! It's okay though, if vomming isn't your thing..you can lay a zombie chicken egg. It's cool.

Best Example of Puking Your Guts Out: Telekenitic induced vomit in City of the Living Dead 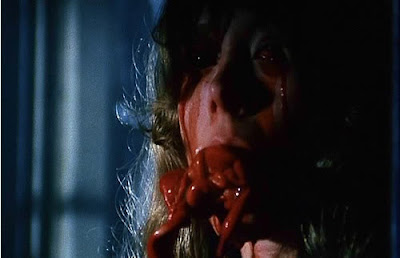 Lucio Fulci may in fact be the sickest and coolest motherfrencher to ever make a movie. Not only does this poor chick bleed from the eyes and literally puke her guts out, but she has no control over it! Could you imagine just hanging out in your boyfriend's car when suddenly you start bleeding from the eyes and pouring your intestines and organs out of your mouth? How freaking embarassing. I mean I wig out when I have something in my teeth, but pouring your stomach out of your mouth is just so NOT attractive.

Best Vomit That Looks like Protein: Chocolate Chip Charlie in The Stuff 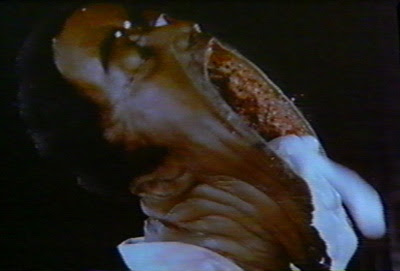 Best Vomit Caused by a Redheaded Stepchild: The Rollercoaster Scene in Problem Child 2 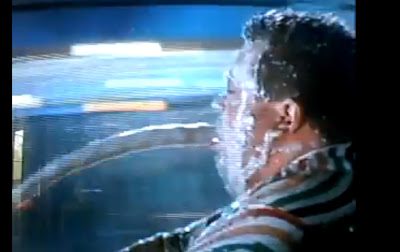 So it isn't horror...screw me, this kid was a bow tie away from being a killer kid. However he speeds up a roller coaster and induces a puke fest from a bunch of over sugared children. For someone like Andre, this could be disasterous. I mean, I've seen drunken puke sessions in my presence but if some rotten ass ginger kid caused a fat kid in a striped shirt to puke on me when I'm trying to enjoy a bootleg carnival ride...I'm going to be a little more than pissed.
Honorable Mention Voms:
So good it's real Vom: Cannibal Holocaust- Real Vom during turtle murder.
Too horrible to Talk About Vom- Tamara: Advanced Bulemia takes it's toll, ends up looking like dog poop mixed with blood.
Real Life Vom (too scary for me) Hatchet: Adam Green wanted real vomit so Joel Moore delivered--with two takes.
Best Milk Spitting Demon Vom on Record: The Evil Dead- Enuf said.
I can't believe she didn't Vom Vomit---Migg's Jizz on Clarice's Face. 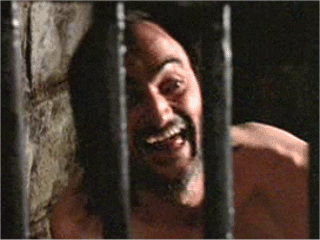 For an extra dose of puke-tastic fun go to Day of the Woman or I'll puke on you.
Posted by Andre Dumas at 8:15 PM

My favorite vomit story- Chunk from The Goonies. His blehhhh.....blehhh...bleehhhhhhh movie theater remembrance is a classic.

Wow, this post left me feeling a bit queasy, okay make that A LOT queasy!!! (Definitely take this as a compliment :) )

Oh me..I nearly don't have have the stomach for this stuff lol

But there's a horribly gross puke scene in Monty Pythons Meaning of Life as well.

The wife and I are not big fans of the vomit scene. Just the same, here are a few other great pukes.

Team America - the overly long vomit scene that leaves our puppet hero laying in a massive pool of his own sick.

Blood for Dracula aka Andy Warhol's Dracula - this horrid scene has the count drinking the blood of deflowered women and getting sick. He vomits blood quite violently, with spasms and coughing fits thrown in. These scenes rival Team America.

Bad Taste - Why they ever let Peter Jackson near Lord of the Rings astounds me after having watched Ozploitation flicks (New Zealatation?) like Brain Dead and this gem. Aliens kidnap humans and make them into yummy snacks. One scenario has the aliens barf into a bowl and one of our heros must drink the vile, chunky, yellow-green mixture.

Great stuff! Icky ick. A lot of the terrible vomits I was thinking of ended up in the post, as well as some I was unfortunately reminded of. Haha.

Might I add the Family Guy episode where everyone takes ipecac? If it wasn't a cartoon, bleh....

Nice list. Though I think I'd second Bad Taste as a highlight, the passing around the bowl of puke is just brilliant.

Oh, and for shame that Mr Creosote didn't get at least an honourable mention. It may not be horror but he is surely the king of throwing up scenes!

Did you see Daybreakers? I believe the MOST SURPRISING vomit comes from there. Everyone in the theather (but me, yes!) jumped!

I have not seen Daybreaker's but BJ-C has! I am intrigued by this moment you speak of...

Sorry for everyone's selections that did not make it- especially of the Peter Jackson variety- as I am a horrible horrible horror fan and have been neglecting too many movies I should have seen years ago like Dead Alive :x

Fnord-In all honesty...i couldn't find a picture of it hahaha

The point of lists is not so much that they are accurate (though they do accurately account for your personal top vomit scenes). The point is to bring up discussion, which you have done quite successfully. I am not at all upset that Bad Taste wasn't on the list, just implying that it would be on my own.