Sleepaway Camp: A Tribute to Life. 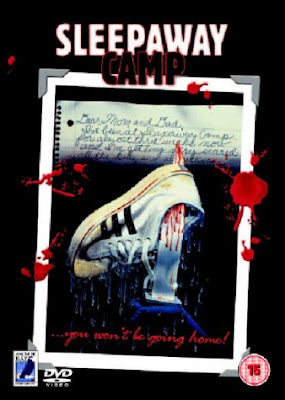 It's official; Sleepaway Camp is the best movie in the world. Not only does it reaffirm my beliefs that summer camp is the all time worst place to be in the world- it also speaks on the dangers of wearing short shorts and having sex with your 70 year old camp director. There is honestly no competition when it comes down to naming my number one favorite summer camp movie of all time. It's not Friday the 13th or The Burning- it's SLEEPAWAY CAMP aka the greatest hour and 24 minutes of your life.
Let me start off by saying that you should stop reading if you've never seen this movie. I simply won't talk about it if I can't reveal the ending because the ending is possibly the greatest thing I've ever seen. So you've been warned.
Now the plot is- Angela and Peter are two creepy dark haired children with weird accents. While out boating with their father and his gay lover- a stupid girl drives her boat into the family killing one of the children. 8 years later we meet Angela and her cousin Ricky setting off for summer camp. Angela doesn't talk much, seems weepy, and lost her weird accent somewhere in those 8 years. Ricky on the other hand, is a class A stud muffin who has a knack for getting revenge on anyone who treats his cousin badly. So as it turns out- the kids in this camp are just as mean as if not more than the kids in Carrie. They pick on Angela for being quiet, and shake her a lot and do mean things. Soon campers start dropping like flies, and the counselors make a startling discovery about Angela.
Here are a few reasons that this movie exceeds all expectations for a fantastic horror movie.
1. The ultimate scum bag of the earth- the greasy kitchen cook calling the new arrivals "baldies" yeah figure that one out- and then trying to molest Angela in the pantry. Classic.
2.The astonishing rate that everyone dies- bee stings really do that in a matter of 1 second?
3. The horrible acting that makes everything seem even more amazing.
4. The short shorts. Here is some Eye Candy for you all to munch on... 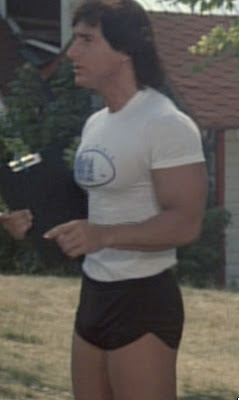 Mmmmhmmmmmm
5. When the popular girl claims that Ricky is "just jealous"...... because he's obviously jealous of your giant horse pony tail. 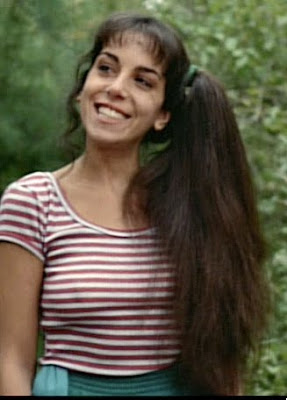 The desire to chop off someone's hair has never been greater.
6. The realization that Hugh Hefner makes a cameo as the camp director and still has a soft spot for younger woman. 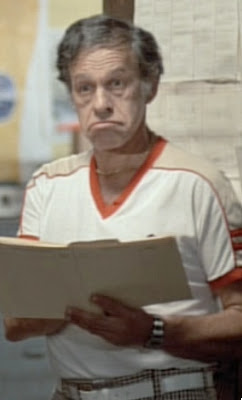 7. The worst fake moustache the world has EVER SEEN. 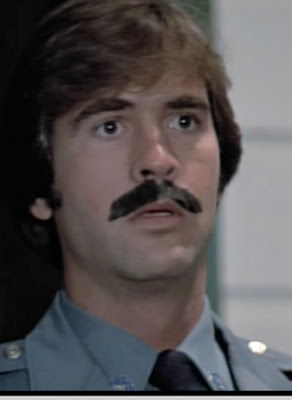 8. Finding out that apparently you don't bleed when you get an arrow shot through your throat- good to know. 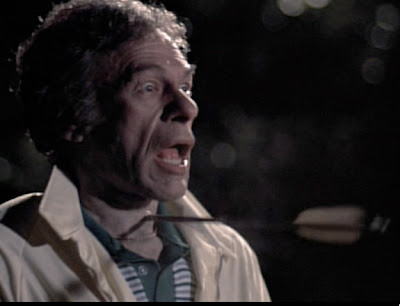 9. Also finding out that when campers get murdered in their sleeping bags it actually just looks like someone stabbed a few stuffed animals or that your dishwasher exploded- again, good to know. 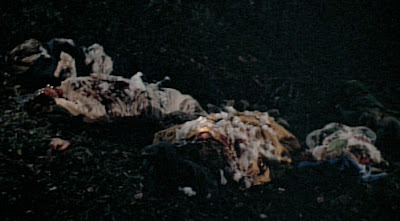 10. And the ultimate- by the end of the movie we find out that Angela has a penis and recently picked up a habit of acting like a wax figured extra from Cannibal Holocaust! 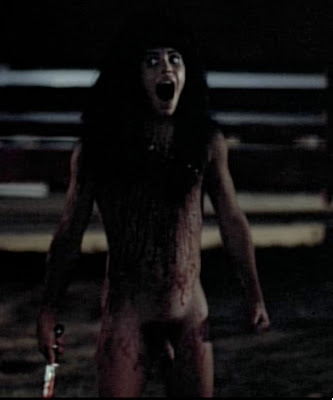 Now is that the greatest thing you have ever seen or is that the greatest thing you have ever seen?
In all honesty this movie is the most entertaining thing I've ever seen. The kills are over the top exaggerated and fantastic. The acting is awful and amazing at the same time, and the plot makes no sense whatsoever! I love Sleepaway camp with a passion and I'll tell you what else- these movies get better with every sequel. I think Sleepaway Camp II is probably my favorite because you really can't beat getting killed by being drowned in poop.
You think I'm joking I know but I'm really not. If you love campy, so bad it's good horror, then this is certainly the movie for you. I've discovered that all I really need in life is a bag of chips and my remote control to rewind the reveal of Angela's penis over and over and over again. Sigh. What a wonderful life.
Buy Sleepaway Camp at Horror Movie Empire!
Posted by Andre Dumas at 7:31 PM

Oh man in "Sleepaway camp 2" when Angela puts Alley in the outhouse toilet was the first and last time i've ever thrown up in my mouth during a horror movie.I have a huge fear of leeches and sleepaway camp made i worse.Same thing with "Stand by me".

By far one of the greatest endings to a horror film ever. NO ONE sees it coming. Brilliant.

Every chance I get I make people watch this movie and when that ending comes . . . wow, they talk about it for days.

I thought it was pretty funny about the guy's fake mustache myself lol I watched the movie with the commentary on and it turns out that he had a real one the first day of shooting then showed up without one the next day..they weren't happy at all.

This is how we get the fake mustache lol

In relation to point #9, at first I didn't know what I was looking at. I kept thinking it was sacks of trash. Argh!

haha yes they really could have zoomed in a LITTLE on those sleeping bags! Good try though.

That is hilarious about the mustache Chuck, who knew a moustache was that important of a costume prop for a police man?!

I watched this at a slumber party when I was in like 4th grade and it traumatized me forever.

The ending never fails to unnverve me.

I haven't seen it, so per your instructions, I didn't read the review. But based on that awesome mustache picture, it's next on my list.

Hah damn well to be honest I knew the ending before I watched and it may have made it better. But i'm glad the mustache could entice you!

And Aleata, if you're freaked out by leeches, you should check out The African Queen if you never have... Most famous leech scene ever, and it's not even a horror movie.

But its so awesome.

The twist is not even a curveball, it's more like a house falling on you.

Anyone that does not love this movie has no soul. That's right. None.

I still remember a friend of mine back in high school used to talk about this film a lot because of the last shot of Angela. I think it ruined him for life. heh

Just a fabulous post!I'll never forget the ending for a long as I live. Truly one historic shocker!

Your blog keeps getting better and better! Your older articles are not as good as newer ones you have a lot more creativity and originality now keep it up!

This has given me more nightmares than anything else. I've woken up many nights thinking that girl/boy was standing at the end of my bed with his dick hanging out.

I have loved this movie since I first seen it. I make everyone watch it..just to see their reaction to the ending. Btw...I couldn't stand Judy and as painful/ comical as her death scene was...she deserved it. I still don't like Judy ! Great article. .though I'm super late reading it.

Only just saw this- endlessly entertaining. Popular girl- what a horse-haired bit**. Your review nailed it!