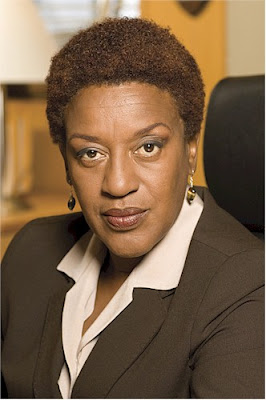 Longtime fans of the Shield will surely recognize CCH (Carol Christine Hilaria) Pounder as the strong willed and tough Claudette Wyms. Hospital drama fans will know her as Dr. Angela Hicks from ER--but us horror fans will most likely see her as Sister Abigail, Esther's unfortunate victim from Orphan who met her untimely end thanks to a hammer. 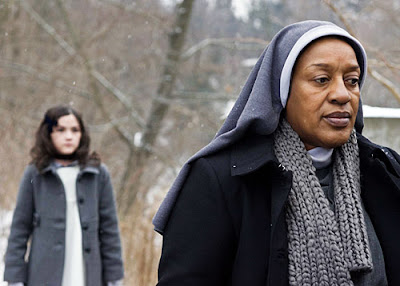 As it turns out CCH has an extremely successful and prolific acting career that has paved the way for a long line of women who refuse to be sentenced to minor and uninteresting roles. Roles that were originally written for men, but roles that Pounder has taken and done 10 times better.

Raised in Guyana on a sugar plantation, Pounder was sent to a convent boarding school in Sussex England when her family moved to the United States. It was here that Pounder studied such things as painting, poetry and drama- subjects that would play key roles in her future career. After joining theater groups after college, Pounder transitioned somewhat easily into off Broadway plays before finally breaking through to the public eye in several TV shows. I suppose many would consider her more of a Television actress than films- but Pounder's career carries weight and importance on both sides of things. She has starred in TV shows like The Shield, and ER- and has also had several guest roles on shows like the X-files, the West Wing and Law and Order- earning nominations and awards in almost all of these roles. Pounder's landmark film role however was Baghdad Cafe, but has also appeared in Broken Arrow and Postcards From the Edge. More recently however, Pounder lent her voice to James Cameron, appearing as Moat in Avatar. 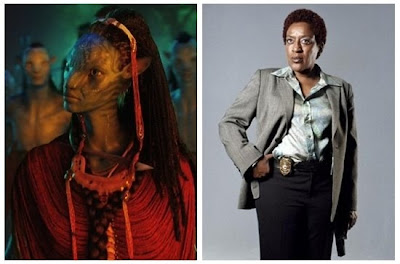 Pounder herself has said that instead of going for the weaker supporting roles that she would often get typecast as, as a black woman, she strives for more substantial roles; "I'm a leading player, stuck in a supporting player's category because of how our world is. And regardless of how our world is, I still have to move forward and push on. The rest of the world simply hasn't caught up with my thought process". Due to this strong notion of thinking Pounder is often cast in more powerful, and authority driven roles, roles like detectives, lawyers and judges- roles that speak to the kind of respect she personally demands. As a result, Pounder can see her work as influential and inspiring to other minority actors, "It's almost standard to see a black judge in a film these days and much more common to see lawyers and doctors. I'm not saying I'm the only one that's helped bring this about, but I know I have certainly helped. People have said to me, 'I never thought about doing this as a career until I saw you.'"

Pounder is also a big activist as she has been a part of the organization, Artists for a New South Africa for a few years now. The organization is a non-profit dedicated to combating the African AIDS pandemic and advancing democracy and equality in South Africa. She and her husband have also built the Boribana Museum in Dakar, Senegal, for the study of cultures of the African Diaspora. It was this museum that earned her an award for excellence in arts by the Institute of Caribbean Study in October of 1997. 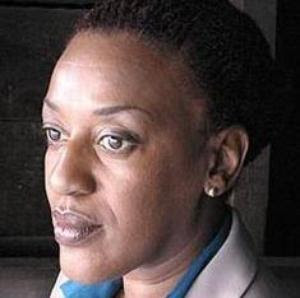 It seems as though CCH Pounder is a true legend in the acting world. Strong, powerful and often commandeering roles that demand respect- she is an inspiration to women in a commonly male dominated career. When she is not working on solving the apartheid problem however, Pounder even finds time to work on her blossoming art career, designing one of a kind jewelry featuring African beads and European crystal and glass. As someone who doesn't watch a lot of cop dramas- I was thrilled beyond belief to find that Sister Abigail was such an influential and inspiring woman. 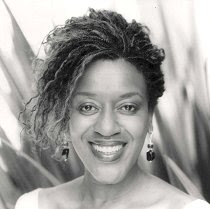 "I just find every opportunity to find a door that will open, even if it's ever so slightly. Once I've got my foot in that door, I deliver the best I can."
Posted by Andre Dumas at 1:48 PM

Keep up the great work on this, Andre!

She has quite a memorable face, and I love the younger picture of her. Puts her in a totally different light.

Can't believe i missed a CCH post! I love her and The Shield is soooo good! I'd so pounder. Get it?

Hahah.....yes I get it you sick sick man! Pounder is a world class woman!