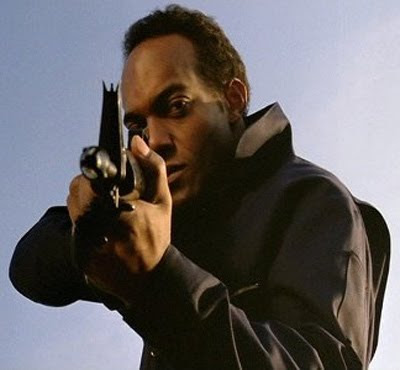 How's this for a birth name--- Kentotis Alvin Foree. Good stuff? I thought so. We all know and love Ken Foree as the strong willed, survivalist Peter Washington in Romero's Dawn of the Dead. Once again as we saw with Night of the Living Dead, the race of our main character has absolutely nothing to do with film in the slightest. It is never brought up, and that in fact may be the true beauty of Romero's take on the zombie genre. Zombies are us, and no one is safe from becoming one. There can be no discrimination when zombies are involved and that's a fact jack. For me, Peter Washington's recalling of what his grandfather told him will always stay in my head as one of the greatest lines ever uttered, "When there's no more room in hell, the dead will walk the earth", a line that would be uttered once more by Foree in his cameo for the 2004 remake. Sure others may love Foree for his role as Charlie Altamont in Rob Zombie's The Devil's Rejects or maybe even as Big Joe Grizzly in the mostly atrocious Halloween remake- but me? I'll always think of him fondly as the wonderful and ass kicking Peter Washington. 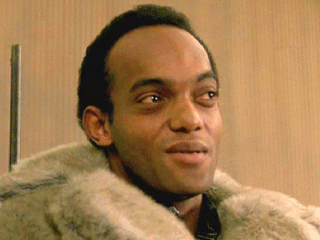 Ken was born in Indianapolis to a family mainly consisting of academic and political over achievers. Before acting Ken too was government oriented, working city politics in New York. By luck and a chance audition in 1974, Ken scored the lead role in the off Broadway production of Blues for Mr. Charlie. After that, he was hooked on acting and went on to train at the Performing Gallery in New York, soon landing a role in his first movie, The Bingo Long Traveling All Stars. As far as horror credentials go the list is pretty hearty, Texas Chainsaw Massacre 3, Dawn of the Dead, Halloween, Devil's Rejects, The Dentist- but what is really hearty is Ken's role as Kenan Thompson's father on that short lived Nickelodeon show Kenan and Kel. 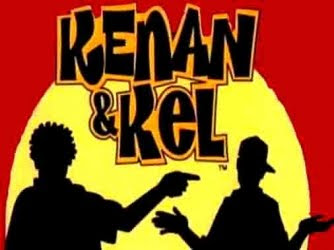 If I can be a real loser here for a minute I will just say that I used to LOVE that show when I was little- and I truly had no idea that Ken Foree was the Dad! It really only makes things 100 times better for me. 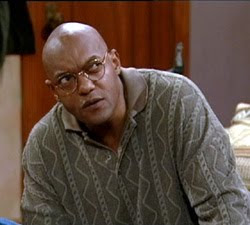 These days Ken is busy on the horror convention circuit as a man who loves to meet his fans. He's also responsible for the aptly named "Foree Fest" his very own horror festival held in the UK. Watch these videos down below and you too will realize he is one of the nicest, most down to earth guys in the business with a hunger for........laughter. That's right the man loves to laugh. Plus I totally dig his voice. 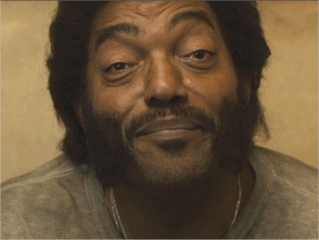 Interesting facts:
Ken Foree actually knew Duane Jones before they both starred in Romero's movies.
In his spare time Ken coaches little league basketball and football.
Before entering the acting world, Ken was an all state and all city basketball player.
Despite being an avid motorcyclist, Foree never got to ride a motorcycle in Knightriders. 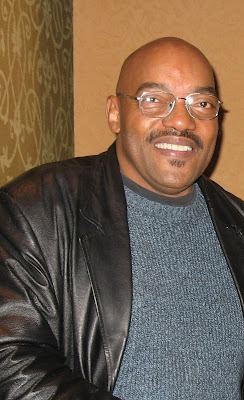 "Great films always hold up. If you can't appreciate the great silent movie "All Quiet on the Western Front" and "Saving Private Ryan" in the same breadth, you are missing a whole lot. The same rules apply to horror films: the great ones will always have legs."
Posted by Andre Dumas at 6:44 PM

Strange, I always took Foree for a football player, but that may be because of his character in From Beyond.

You should check out From Beyond and his short film Black Santa's Revenge.

I always thought he was very sexy. Now I know what a good guy he is. Would like to see him do more conedy.