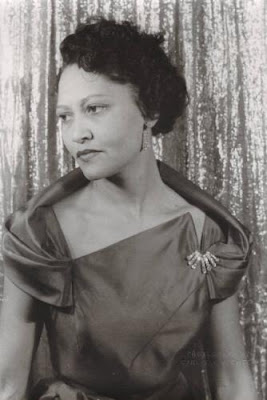 Maidie Norman may not seem too familiar to many- but for those with a keen eye will recognize her as the smart and headstrong maid Elvira from Whatever Happened to Baby Jane? She is another figure that I am thrilled beyond belief of gaining new insight about and hope that you will all gain a new appreciation of an actress who remained quite quiet on the radar. She was a pioneer for better roles and portrayals of black women in film and even to this day her legacy thrives and remains notable.
Norman had an undergraduate degree at Bennett College in Greensboro North Carolina and a master's in theater arts from Columbia University. After her marriage, she moved to Los Angeles and began working at the Musart Theater in the early 1940s. Her first film was Burning Cross in 1947 and she made her stage debut in "Deep Are the Roots" in 1949. As she moved further into the 1950s, Norman began noticing a startling pattern in her acting roles. She was constantly being cast as a domestic character and was often required to speak in stereotypical speech patterns, a requirement that greatly distressed and angered Norman. Even though she continued to be cast as maids- most notably in Whatever Happened to Baby Jane?, Norman used her background in theatricality and brought it to the studios, resulting in her empowerment to rewrite her own film lines, "I'd say, 'You know, this is not the way we talk these days. This is old slavery-time talk'". As a result, Norman's rewrites brought more power and dignity to her roles, allowing a perception change in black character roles to ensue. 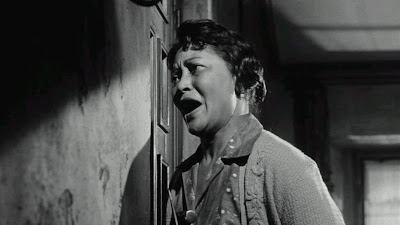 Norman went on to teach drama at Texas College in 1955 and 56, and became an artist-in-residence at Stanford University from 1968-1969. It was her teaching post at UCLA however that created the ultimate history changing event, in which she established one of the first courses on the history of blacks in American Theater. She taught this class until retiring in 1977, but continued to promote African American arts and education at universities across the country. To this day, UCLA continues to honor her by giving an annual Maidie Norman Research Award to the theater arts student who presents the best research paper on the history of blacks in theater.
Other honors include being named Woman of the Year by the Los Angeles Sentinel in 1964, being inducted into the Black Filmmakers Hall of Fame in 1977, and receiving a professional artist award from the California Educational Theater Association in 1985. Maidie Norman died in 1998 at the age of 85 after a battle with lung cancer however, she continues to survive as an intelligent and smart woman in the film industry, who greatly changed the face and opportunities of black actors and actresses. 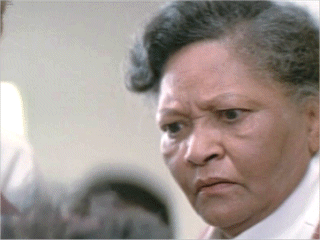 Think Maidie Norman's only "horror" type role was Baby Jane? Think again. She also went onto appear in episodes of the Twilight Zone and even Halloween III Season of the Witch.
Posted by Andre Dumas at 9:35 PM

We've browsed through your reviews and thought that they are really original and interesting! We would like to invite you to publish your reviews on 7tavern.com, which provides an alternative platform for promising movie reviewers to showcase their talents. In addition, you'll find a growing community of bloggers who share the same passion for excellent movies! Based on the merit of your reviews, we intend to offer you exclusive publishing privileges on our website!

Please feel free to contact us to discuss our proposal. =)