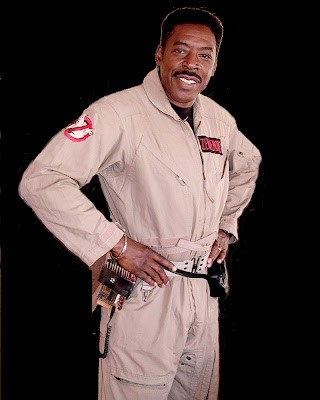 Winston Zeddemore was always one of my favorite parts of Ghostbusters and Ghostbusters II and soon to be Ghostbusters III! He was a man in search of one thing and one thing only- a job. And he landed on one of the strangest, most dangerous, lowest paid gigs in the city. I'm not exactly sure what exactly possessed Winston to stay with the Ghostbusters as long as he did- or why he answered an ad to be a paranormal investigator in the first place (although according to Winston as long as there's money involved he'll believe anything you want) but you can't deny that the man has a heart. Add his role in Ghostbusters to his cameo in a Full House Episode (Reggie 'the Sandman' Martin) plus a role in both Miss Congeniality movies and you have yourself the key to my heart.
Ernie Hudson actually had a pretty extensive career of writing. After a brief stint in the Marine Corps, Hudson moved to Detroit where he became the resident playwright at Concept East- the oldest Black Theatre company in the country. At the same time, he enrolled at Wayne State University where he further developed his writing and acting skills and also created the Actors' Ensemble Theater, a theater where he and his peers wrote, directed and appeared in their own works.
Hudson would go on to star in such movies as Penitentiary, Congo, The Crow, and The Hand that Rocks the Cradle and appeared in TV shows like Tales from the Crypt, OZ (where he acted along side his son Ernie Hudson Jr. ) and Heroes. Although we may not think of him as a true icon in the horror film he did appear in Snoop Dogg's Hood of Horror so....yeah. But in all honesty Ghostbusters was his prime- and when I see Winston Zeddemore join the ranks of his brethren once again, I will probably have tears in my eyes. 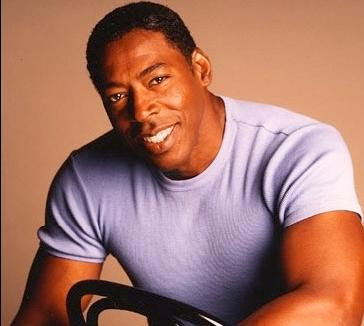 Currently Ernie Hudson has continued to be quite successful on the acting front in several smaller roles on different TV shows. He is still writing though, and claims that it is writing that he wants to focus on more so than acting. While I can't say I won't miss seeing his face pop up unexpectedly in shows like The Secret Life of the American Teenager, I will say that I'm proud of Ernie and his level-headedness and his desire to delve deeper into his writing career. Because let's face it- writers rock. Period.
And now enjoy some fantastic Ernie Hudson interviews done by some really nerdy and awkward people! 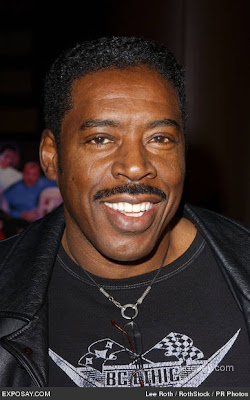 Acting is what I do. I consider it my calling and ministry. It's as important as anything I do in life. It's a journey that has taken me to places beyond my wildest imagination and continues to excite me with its endless possibilities.
Posted by Andre Dumas at 6:46 PM

Love EH and I'm pretty sure his first movie was a Dolomite film, The Human Tornado, to be exact, a movie I can only highly recommend. Oh yeah, I met him too!

Say whaaaaaaaat! That's awesome- he seems to be very popular in the conventions circuit, as evidenced by those nerdy nerds in that video.

And yes everyone I love Sandy, I do- I can't help it if she's REAL and when she wins the Oscar for best actress I'm going to shed tears of happiness and joy!

Here's a "did you know"... Did you know that the part of Winston was originally written with Eddie Murphy in mind?

If Eddie had taken the part, it was gonna be a much bigger role--like, I think he was gonnna join the team much earlier, and was even supposed to be the guy who got slimed in the hotel scene. But instead the part went to a relative unknown, so they trimmed it down a bit...