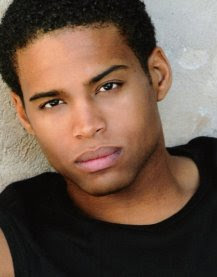 Phew it's a busy day in the life of me today so today's post will be just a quick glance at a possible rising star in the biz. Before everyone starts asking wild questions, no, his birth name is not "Texas Battle". It's Texas Quency Battle! I've found by watching Wrong Turn 2 that I actually quite liked Texas and his character of Jake. Jake was not your typical athletic, jock character in a horror movie about inbred hillbillies. He was smart, not easily fooled by topless women gallivanting around lakes, and ended up being the "Final Boy". Past stereotypes would often point out the black character in the horror movie to be one of the first to be killed- Jake however defied that stereotype and ended up becoming one of the main characters. 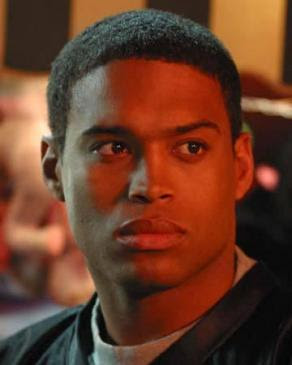 Texas is actually one of the realest and down to earth actor's out there right now. After graduating from college he worked as a substitute teacher until he was able to move to Los Angeles to embark on his acting career. Currently Texas stars on the Bold and the Beautiful, and as everyone knows Soap Operas are often the gateway drug into bigger and better things. He has also been in Final Destination 3, and Coach Carter, plus a few episodes of One Tree Hill....which may or may not be one of my guilty pleasures. 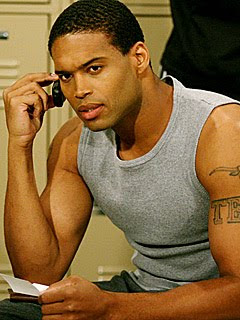 Anywho without a doubt, Texas' character stands out in Wrong Turn 2 and although there isn't a ton to know about him I'd say he's still worth making note of.

I'm sorry, I could concentrate on what you wrote I was to busy drinking in Mr. Battle. Do you have his number? I'll pay good money for it! ;)

And apparently I was so taken with Mr. Battle's visage, that I forgot to say that I could NOT concentrate on what you wrote...also I was TOO busy...oy, see what this guy has done to me?!?!

Hahah I got the general idea Pax! He is pretty steamy, plus he's a soap star which means he's highly accessible so you should contact his agent listed on IMDB.