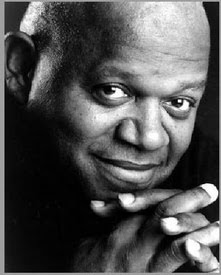 While I mainly recognize Charles Dutton from movies like Gothika, Aliens 3 and Mimic, I was once again shocked to find out about an actor's past I would have otherwise known nothing about. Of all the actors and actresses I have highlighted this month, Charles Dutton may have the most unique story of them all. While most actors tell stories of how they always wanted to be an actor ever since they could talk, Dutton credits his career in acting with his seven year stint in prison. While most future actors and actresses spent time playing make believe games in their backyard, Dutton was on street corners having "rock fights" with opposing gangs and yearning for a chance to go to prison- something that Dutton claims was "expected" of his generation. 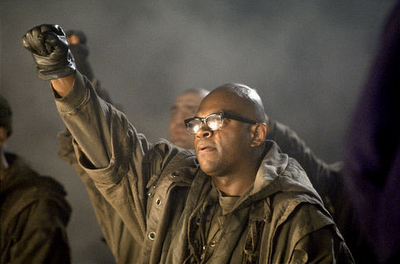 Born in Baltimore and bred in a public housing project just south of the Maryland penitentiary, Dutton grew up in a neighborhood where more guys his age went to prison instead of school. Dutton himself dropped out of school in the 7th grade for a life that was filled with rockfights instead of school papers and pop quizzes. At the age of 17, Dutton was stabbed eight times and retaliated by beating his assailant to death. This action would send him to prison until he was released in less than two years on parole. He was then sent back in 1969 for possession of deadly weapons, a sentence that would have lasted three years if Dutton hadn't assaulted a prison guard, increasing his sentence to eleven years.

During those eleven years Dutton did his part to "raise hell" as he says. But it was his time in solitary confinement that actually awakened him to acting. Here, prisoners were locked in a 5 x7 cell, fed once every three days and allowed one piece of reading material although the only light to read by was from the light that shone under the door. On his way to solitary confinement, Dutton grabbed by chance a book of short plays by African American playwrights. After reading all of the plays, he was inspired to bring the inspiration he felt while reading the plays to his other inmates. Once Dutton was released from solitary, he formed a theater group and prepared a play for presentation at the talent show,
"Doing the play before a sea of very hard men, I felt this eerie kind of power. I could make them quiet, I could make them think. It was the only positive thing I had at that time in my life, the only immediate remedy for prison life. I suddenly knew what I was born to do" (quote taken from the San Francisco Examiner).

After a close call with death after a prison fight, Dutton told himself that he would end his life of violence and move on to better things. After his recovery he was moved to another penitentiary where he persuaded the warden to let him take courses at the nearest junior college where he eventually received an Associate of Arts degree. Then after finally being released from prison, Charles returned to Baltimore and finished his college education at Towson State University, majoring in theater. A professor here urged him to apply to Yale Drama School, and after some skepticism, Dutton applied and was accepted.
At Yale, Dutton met playwright August Wilson who began to create characters for him in works-in-progress. One of these works was the play Ma Rainey's Black Bottom, a role that would earn Dutton his very first Tony Award nomination. This role opened up more opportunities in other of Wilson's works for Dutton as well as gave him some more mainstream credibility on TV shows. These days Dutton is extremely successful, scoring roles in big movies and even created his very own TV show, Roc on the Fox network. The main character receiving Dutton's old street nickname and harboring some past references to his life as well. Although prison life is nothing to boast about, one can say that through his time in prison, Dutton was able to realize and grasp his true potential. His past like many actor's we have seen plays an important and vital role in how Dutton lives from day to day and how he continues to develop his character. Charles Dutton is truly a fascinating man, and now that I know about his past I look forward to seeing him in a completely different light. 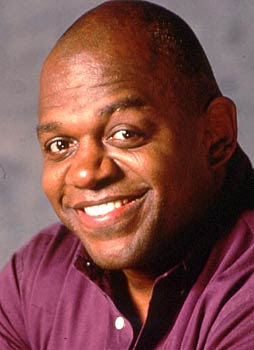 I used to be a hardcore, hearted guy. Once you make the decision to change, all kinds of things happen.