Raymond St. Jacques may not look familiar upon first glance to many of you horror fans, but if you recall the wonderfully AWESOME movie They Live you will also recall the role of a certain blind street preacher. And if you are a fan of Morgan Freeman and Civil War movies then you may also recall the role of Frederick Douglass in Glory. Raymond St. Jacques or James Arthur Johnson is responsible for both. Oh and I forgot if you are a fan of TV Westerns, I know there are some of you out there, then you will almost certainly recognize him as Simon Blake in Rawhide. Raymond St. Jaques' peak may have hit sometime in the late 1960s and his later career may have been reduced to supporting roles and voice overs but that doesn't mean he isn't someone to be remembered for his stand out performances and really just for his life. 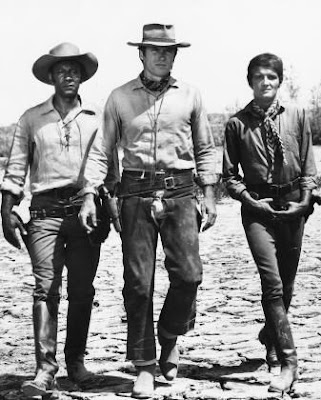 Raymond grew up in Connecticut in the 1930s and started writing and performing his own plays in Elementary School. In his teens he spent his high school career washing dishes at Yale, where he would often find himself watching the Drama students rehearse. After a brief stint in jail for a planned robbery and a strict talking to by the judge, Raymond decided to turn his life around and went to New York to become an actor. After being cast in a few minor off Broadway shows and being a dancer and chorus singer in a Broadway musical, Raymond strove to enter the American Shakespeare Festival. He credited his opportunity into the festival by lying about his education and experience, "I lied and said I went to Yale. At that time in the 1940s and 50s to get into theater, I thought black people had to be overqualified and that's how I got into the American Shakespeare Festival--by making myself overqualified". For several years, St. Jacques worked with the San Diego, New York and American Shakespeare Festivals and also taught fencing with the American Festival group in Stratford, where he staged battle scenes. "Those were the days, when a black actor had to know how to do just about everything, had to tell a few lies here and there and even had to come up with a name that was sort of exotic. I was 'James West' for a while, then 'Roy Johnson'. Then I came up with this 'Raymond St. Jacques' and everybody thought I was from some island...The fact is, I just wanted a real long name--something that would look impressive on programs and fill up the screen".

After joining the Actors' Studio in New York and appearing in several off Broadway Productions, Raymond began to make appearances in several TV shows, and then finally landed his film debut role in the James Widmore feature Black Like Me. After his role on Rawhide, Raymond's career truly began to take off and he became a key figure in several blaxploitation films, often standing apart from the rest of the cast and revered for his tremendous acting ability, even when the films themselves were bombs. In fact that seemed to be a common pattern in Raymond's career, TV shows and movies that many refer to as hindrances to the black community are what actually established his reputation as a great actor, as every single critical review almost always raved about Raymond's ability to stand apart and offer up real human emotion and acting skills to an otherwise boring and predictable cast. 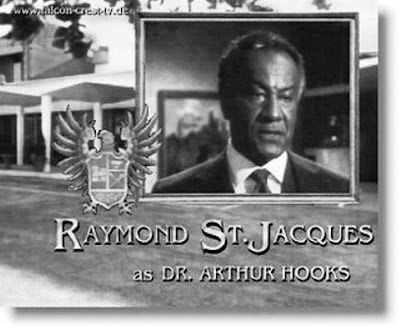 Unfortunately after the boom of his blaxploitation films in the 1970s roles started to become more and more scarce. He never stopped working however as he made a return to the stage, took supporting roles in television programs, and did commercial voice overs for products like 7-Up, Pacific Bell and Coca-Cola. Raymond also used his voice in other ways as he became quite a big speaker and promoter of civil rights. He was a prominent guest lecturer and speaker across the country and was even arrested in Washington D.C. on the steps of the South African Embassy after protesting against the government's apartheid policy.

Trends like this, where a promising and talented actor sees a serious decline in his acting roles has always bothered me, especially when I just learn about things like this for the first time. There isn't enough information on the subject to decipher where exactly that decline came from but consider yours truly extremely interested on the subject. Was it due to a preconceived notion like Mantan Moreland, where traditional roles for blacks were met with hostility and anger resulting in less and less roles or did it just happen naturally? A topic that I will surely be discussing in the near future- so keep a look out. In the meantime, I hope I've given you a nice look at an actor who is seldom talked about these days. Raymond St. Jacques passed away in 1990 after a brief battle with Cancer, but not before he established himself as a prominent and successful actor in a world that was undergoing a massive change. 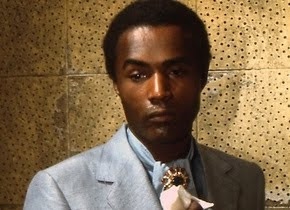 Sounds like he was a great man. Thank you for telling us about him.