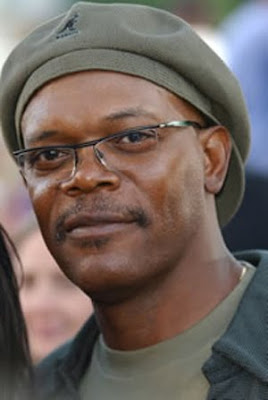 He may have one of the most recognizable faces and yells in the world- but I'm hoping that this particular post on Sam the man will uncover some things that you didn't know. I know for me personally I knew next to nothing about Samuel L Jacksons real life and his past- and now after reading news article after news article I feel outrageously enlightened and so- I'm passing the enlightenment onto you! We know him from such roles as Jules Winnfield from Pulp Fiction, Ray Arnold from Jurassic Park and Neville Flynn from Snakes on a Plane 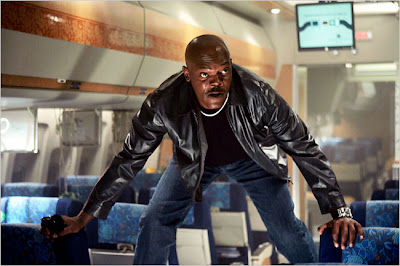 - but what do we really know about the brilliantly bald bad ass actor? Let's start off with his past.
Samuel Leroy Jackson grew up in Chattanooga Tennessee and was raised by his mother and his grandparents. Believe it or not- Sammy refers to himself as a "nerdy" kid growing up, nerdy but memorable he claims. He played the French horn and the trumpet in the school symphony and also tried to cope with his stutter. Yes that's right Samuel L Jackson did not always have the strong powerful voice he has now. In college he began taking a public speaking class to work on the problem and soon got addicted to the excitement of performance and instantly changed his major from Architecture to Drama.
College however also had it's major downs- as Sam found himself amidst the battle for Civil Rights. He was in fact a massive part of the Civil Rights Movement- although he stayed on the more radical side. Partaking in Martin Luther King Jr's funeral as an usher, Sam realized that change was not going to happen anytime soon unless people really started to act. In 1969 he was expelled from college after taking several trustees (including Martin King Sr.) hostage to protest about the lack of a black studies curriculum. After leaving school, Samuel met some friends who were a part of the Black Power movement and quickly joined their ranks. He reveals that he felt a strong sense of empowerment, especially when they began to buy guns. However before anything serious could happen, Samuel L Jackson's mother sent him to L.A. --where his career truly began to take off.
Of course things didn't go from bad to good- if possible they went worse as Jackson soon struggled with a terrible cocaine and alcohol addiction. These problems led to missing significant roles and landing lame ones- like being Bill Cosby's stand in on the Cosby Show. After years of minor parts, and forgettable cameos it seemed that Jackson had finally hit the bottom. His wife came home one night to find him with his eyes rolled back into his head and finally convinced him it was time for rehab. After staying clean- Sam was ready to get his life and his acting career back on track- and entered into starring roles thanks to an old friend- Spike Lee. 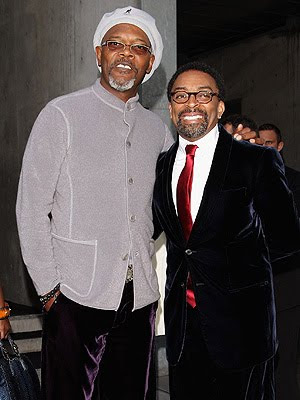 So how about that? Samuel L Jackson has one of the hardest pasts to overcome that we've seen so far this month- and just look where he is now. An unforgettable presence on the movie screen, a man who becomes everyone's favorite character by simply appearing on screen- and a man who retained his power and passion in his acting while leaving behind the dark and complicated past of drug addiction. My respect for the man has grown substantially and although we love him for his swearing, his jeri-curl wig and his purple light saber- we can now love him for the tremendous obstacles he had to overcome to get to where he is.
Samuel L Jackson- Potent Quotables 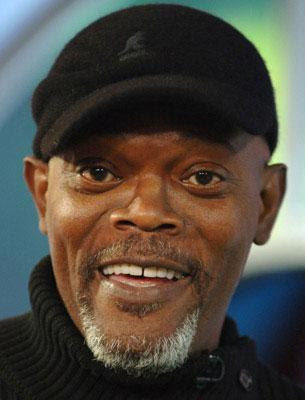 I was actually on a plane last year and this guy sat down next to me. Finally he said something to me, and we started talking about Pulp Fiction. He couldn't remember the actor's name, so I tried to help and said "I think it might have been Samuel Jackson." He jumped in "No, no, it's the other guy, that Fishburne guy". We rode the whole flight having that conversation and then, right at the end, he looked hard at me and said, "You sure look familiar, you're sure you're not Laurence Fisburne?" I said "No, and I definitely am not in Pulp Fiction either'." 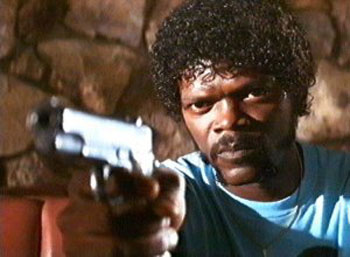 Quentin wanted Jules to have a big afro. He sent this PA out to buy a wig. She went to South Central and bought this jeri-curl wig. And Quentin was going off, saying, 'It's got to be an afro because he had this whole blaxploitation thing'. I told him, 'That's the South Central look.' You look at Ice Cube and NWA. Guys had all this shit dripping down their necks. I had already grown the sideburns out and the mustache. It was perfect. Total Gangster." 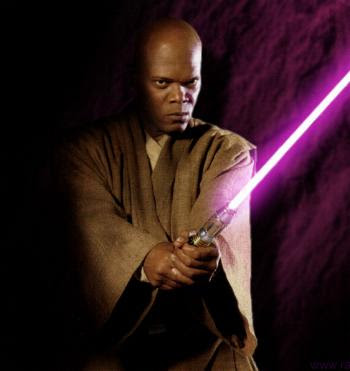 I remember sitting in the movies and watching STAR WARS for the first time and thinking "Wow, how do you get something like this?" ...having no idea, just because I was a young actor in New York, doing theater. It's a long way from there to the movies. And then eventually I reached a place, in a setting like this but on a television show, and they were saying "Are there any directors you haven't worked with before that you'd like to work with?" and I was like "Uh, yeah, George Lucas, they're filming Star Wars and I'd really love to be in that." Then somebody said to George Lucas "There's this kid Sam Jackson that really wants to be in your movie." Yeah, right. Then going to the ranch and meeting George, and saying "Yeah, I'll be a stormtrooper, I don't care. I'll put on that white helmet and run across the stage. As long as I know I'm in it, I don't care if anybody else knows." And they said "We'll do better than that, don't worry about it." ... not really knowing what I was going to do. When I got there for Episode I, I hadn't seen the script, hadn't seen any pages. They just said come to London, and I went to London. They said "You have a costume fitting today." I went in for a costume fitting, and I walked into the dressing room, and there were some Jedi robes in there. I was like "What? This is mine? This is me? This is me?! I'm a Jedi?!?! GET OUT OF HERE!!!" It was like the biggest smile in the world. And you know, to end up the way my character ended up and being as important as it was is like a real blessing. And George was great about it. Like he said, he didn't know how I was going to fit into all of this, but I showed up... I did the thing I usually do. I showed up, I stayed out of the way, I learned my lines, when he needed me I hit my spots, and I didn't complain about not having anything to do. I had more and more to do as time went on, and it paid off.