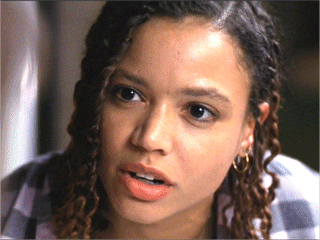 You may recognize Kasi Lemmons as Ardelia Mapp, Clarice Starlings colleague and crime solving helper in Silence of the Lambs. Or as Bernadette, Virginia Madsen's friend in Candyman, who meets an unfortunate end at Tony Todd's hook. However, it was always Ardelia Mapp who interested me because she too was a woman in the FBI who seemed to get even less credibility than even Clarice did. She brainstorms with Clarice and helps her realize that Buffalo Bill's first victim was someone she knew. They both end up making it as FBI agents and both character's represent woman who have made it in a male dominated profession.
Kasi (pronounced like Casey) was born in St. Louis to a psychotherapist and a biology teacher. When she was 8 years old her parents divorced and Kasi moved with her mother and two sisters to Newton Mass- right down the street from me.... WOOT. As a way to conquer the trauma experienced after her parent's divorce, Kasi's mother signed her up for acting classes. After performing with the Boston Children's Theater for most of her younger life she enrolled at the Tisch School for the Arts for college. Somewhere along the line Kasi desired a more academic career- and transferred to UCLA where she majored in history. However, that didn't seem to be her cup of tea either- and she then headed back to the east coast- where she entered film school. 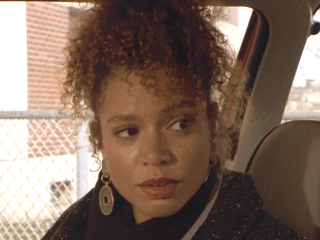 While her education seemed to flip flop, in the end, Kasi started off her real world career with a return to acting. She got small roles in movies like School Daze, Vampire's Kiss, Candyman, and of course Silence of the Lambs. At some point during these unsatisfying roles- Kasi began to get discouraged with the lack of main parts for not just black women, but women in general. When it came down to it, Lemmons just didn't feel like she was being challenged and given the opportunity to expand her skills. This is where Kasi decided to take her career onto bigger and better things- and she entered the film world again, this time as a writer and director. Her first feature film, Eve's Bayou, lead to her receiving critical acclaim and she even won the National Board of Director's Debut Award in 1998.
Kasi Lemmons is a great example of a women who refused to settle for something she did not feel accomplished in. She took control of her own career, and through her writing and direction was able to express herself in the artistic and meaningful way that she had always hoped would happen. Check out this bio which details how Lemmons got her first stint in Hollywood when auditioning for a small role on the Cosby show and how her friendship and alliance with Samuel L. Jackson began. Also, this interview from aalbc.com focuses on Eve's Bayou and really shows just how intelligent and creative Kasi really is! It's a great read and really sheds some light on an actress, writer, and director that not many people know too much about. 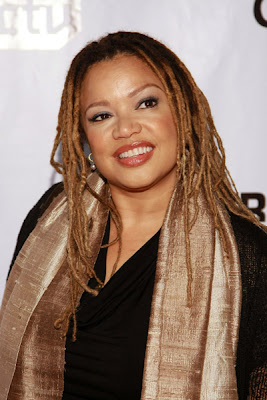 As an actress I couldn't empty my soul because the parts I was playing would not allow that sort of artistic relief: Black Girl Best Friend, Black Girl Next Door, Black Girl Cop. I was frustrated.
Posted by Andre Dumas at 7:40 PM

I've ALWAYS thought this character was so overlooked in Silence of the Lambs. She seems at first like a throwaway, just a token black character. But she does add to the film and to the character of Clarice in particular. Excellent that you've cast your spotlight on her, Andre!