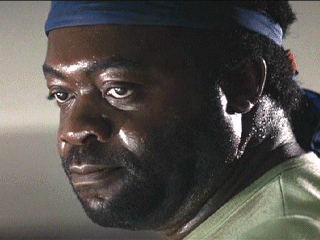 As someone who only recently got into the Alien movies- it was no surprise that I knew next to nothing about Parker. But in my research once again, I have been pleasantly surprised by the things that I have found- and Yaphet Kotto's life is just fascinating!
To begin with- Yaphet Kotto is royalty. His proper name is actually Prince Frederick Kotto- his grandfather ruled the Douala region of Cameroon in the late 19th century. The family originated from Israel, migrated to Egypt and then moved to Cameroon. In case you were wondering, yes this makes Kotto's family African Jews, a combination that certainly tended to make things harder for Yaphet, "It was rough coming up, and then going to shul, putting a yarmulke on, having to face people who were primarily Baptists in the Bronx meant that on Fridays, I was in some heavy fistfights".To this day Yaphet is a practicing and devout Jewish man. He keeps kosher while on the set, and has taught the crew not to schedule filming on such holidays as Rosh Hashanah and Yom Kippur--he even gave up attending the NAACP's award ceremony because it was always on Rosh Hashanah. 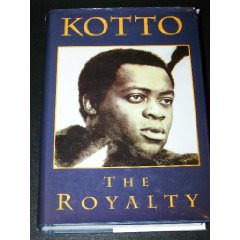 Yaphet Kotto is also a writer, who has written quite a few books; The Royalty, The Second Coming of Christ, and Kill Bond. Royalty details Kotto's proof that he is indeed the grandson of the Crown Prince of Cameroon and going even further to state that he can trace his ancestry back to Queen Victoria. According to Kotto, Prince Albert (King Edward VII) had an affair with Princess Nakande- the daughter of Kotto's great great grandfather. Queen Elizabeth's press secretary denied the story however claiming that Prince Albert never visited Cameroon. Interesting.... 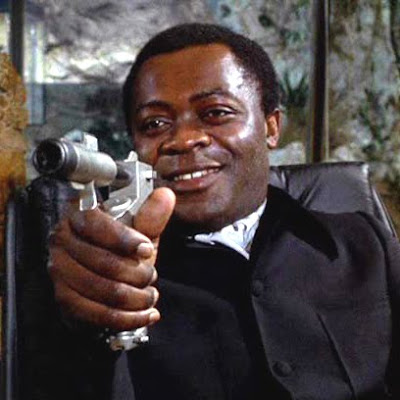 The book Kill Bond however, details Kotto's often frustrating experiences while filming Live and Let in England. Here is an except:
It only created more afro hairstyles, derogatory racial epithets ("honky"), black gangsters, and "pimpmobiles." Beside the weirdly constructed script being insulting to black people, it confused the reader and insulted the intelligence. When I first read the script, confusion and disappointment assailed me, because none of the scenes were connected in a series of uncoordinated events. I hoped and prayed the production would not go in the direction of the trendy Blaxploitation flicks; In film the Black exploitation genre lived in the early seventies.
I wish my Bond knowledge was more attuned- but this book seems very interesting. Yaphet Kotto certainly is not afraid to speak his mind- and I had no idea Live and Let Die carried this much weight with it. What I'm still really surprised about is this whole royalty thing. I had no idea that Yaphet Kotto had such royal blood inside him- and once again it just shows how you really can learn something everyday.
Fun Fact: Yaphet Kotto turned down the role of Lando Calrissian, because he feared the character would be killed off in the movie, and that he would be forever typecast. 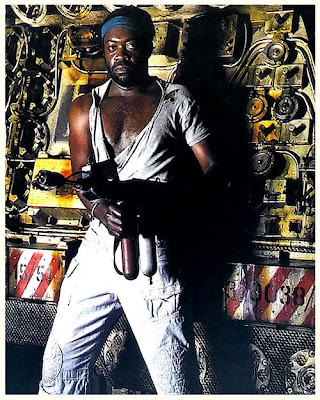 "I do have a favorite kind of director, which is the kind who allows me to create. Some haven't allowed me to create and I think by doing that they don't need an actor. They need a puppet."
Posted by Andre Dumas at 6:38 PM

Love Yaphet Kotto, he is a favorite actor, no idea why, as Parker in the Alien film he is funny but serious and is an everyman just doing a job. He was also a head cop in Homicde Life on the streets and I enjoye dthat program for him. Interesting to find out that he is actually royalty, go him.

Yaphet Kotto as Lando Calrissian would have been AMAZING!! Wow, I will now always be stuck imagining what might've been...
He really is an incredible actor, one of the best in Alien, and that's really saying something.
Live and Let Die was indeed a lame attempt by the Bond franchise to capitalize on blaxploitation--it's kind of tough to watch now. Plus, it was the first Bond movie with Roger Moore, which is a whole other level of lame...