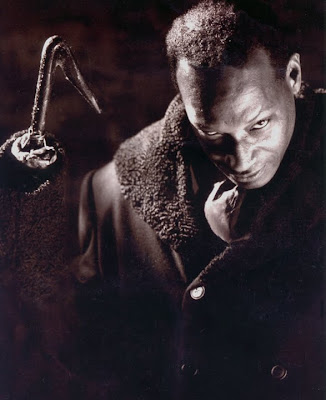 Did you know that Tony Todd is 6 and a half feet tall? Yeah. I can tell you right now I would not want that guy surprising me in the bathroom after a few chants of the "candyman". When people think of notable African American actors in the horror business almost every single person will immediately say- Tony Todd. Easily one of the most recognizable figures in horror, Tony Todd made the Candyman a horrific reality and even updated Duane Jones' Ben from Night of the Living Dead- with an equally compelling performance. 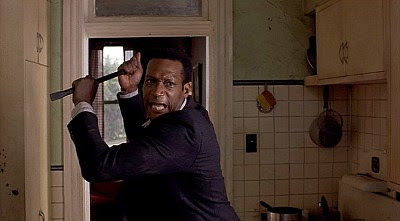 Tony Todd was born in Washington DC and grew up as an only child who found comfort in scary movies and TV. He has stated in a few interviews that being an only child led him into spending time play acting different scenarios and characters in his backyard. The good guy, the bad guy, the superhero, cowboy, scientist--roles that funnily enough he gets to act out and bring to life now as a successful actor. Tony's acting range is also much more diverse than one would think. Sure horror seems to be his "genre" but if you think of it- his roles of late have really mostly been cameos--most likely serving as homages to his Candyman role and his impact on the horror genre. Plus- who doesn't like to see Tony Todd pop up when we least expect him to? 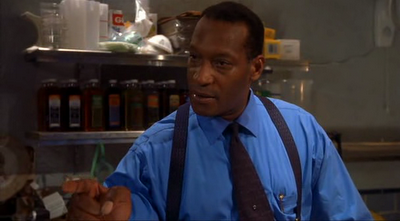 Tony has also done a lot of work on Star Trek, Xena, and several different TV roles ranging from 24 to CSI- plus he's done a lot of theater work, most notably acting as the title role in August Wilson's "King Hedley II"- a role that he originated in 3 different cities.

My absolute favorite role of his and I'm sure many others would agree is the Candyman. This is a role that seriously chilled people to the core. You can't deny that Tony Todd has some unbelievable presence in this film- helped by his towering height and deep voice but driven home by his trademark Candyman stare and his uncanny ability to hold live bees in his mouth. 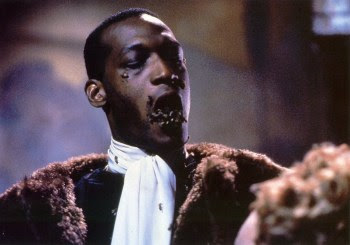 Yes those were live bees- and only a mouth guard was supplied to keep the bees from flying down his throat. For real that is some true dedication. Candyman however is also an interesting role to look at because Tony Todd is one of the nicest and coolest guys on the planet- a serious cry from the menacing and hook wielding tortured soul of the Candyman. In fact due to his role as the Candyman- Tony Todd often runs into the trouble of continously being casted in roles that show his darker, more menacing side- a pattern that Todd himself finds funny-

"It's very interesting that most of the roles I've gotten are grim, when I'm actually a very well-adjusted man and had a happy upbringing. I guess there are some dark shadows somewhere in there, but I'm a big kid." 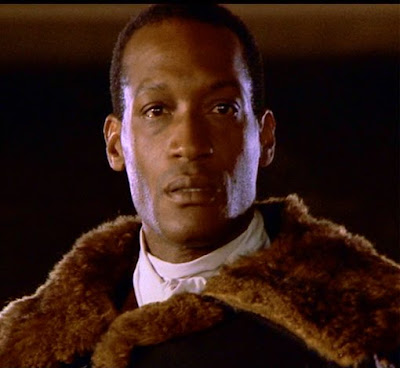 Tony Todd is a man that shows true versatility and one of the most interesting people to read about and listen to. I encourage you to seek out any and all interviews with him- because he is a truly fascinating man. His mere presence alone is enough to drive horror fans wild with excitement and his performances are always thrilling to watch. Watch the interview I have posted at the bottom--I love how he shoots the guy down when he is asked how it feels to be the first African American horror film star.... Helllooo Duane Jones?! Tony Todd is a true asset to the horror genre as a whole and we can be sure that he will always give us Candyman nightmares. 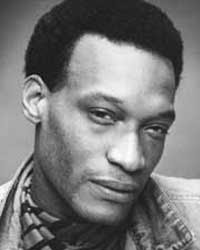 "Being a Black American, and a successful Black American, I have access to a couple of different world's here. I know both walks of life. I'm able to tap into that. Also I find sometimes my work is able to transcend racism in places I wouldn't expect".

- Quote taken from an Interview with "Whoosh" done by Bret Ryan Rudnick.

Fun Fact: Tony Todd beat out Ving Rhames, Laurence Fishburne and Eriq La Salle for the role of Ben in the Night of the Living Dead remake.

Excellent post Andre. And arguably, he has one of the most recognizable voices not name Vincent Price.

Tony Todd is fantastic and I second what POT said too. I also agree that he was certainly on par with Jones' rendition of Ben in the NOTLD remake and I think that outside of Candyman, that is one of his best performances.

While I do like to see him pop up in cameos, I would much rather see him playing roles that aren't so "Hey, it's Tony Todd in our horror movie!" He's such a great character actor and I loved seeing him in bit parts like The Crow and Platoon.

Excellent piece. I am so fond of his updated version of Ben in NOLD90.

Todd's Candyman is one of the most terrifying, horrifying, and unforgettable characters in horror cinema. He's a powerful actor who brings much class and seriousness to a genre too many don't take seriously enough.

Candyman messed me up mentally as a child! I love Tony Todd!