Scary Moments from Not So Scary Movies. 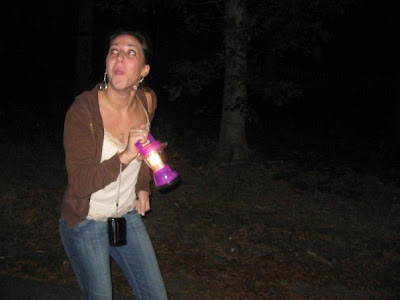 This may seem odd, but I’m going to categorize myself as a scaredy cat-well when real life horrors are involved. I can’t go in Haunted Houses, I can’t see really loud scary movies in the movie theater and I basically can’t do anything a normal horror movie enthusiast does-except of course watch and review horror movies. It’s kind of like how seeing someone fall is the best and most entertaining part of your day- but if you yourself are the one falling it may be the worst. Therefore I only like horror when it’s happening to other people. 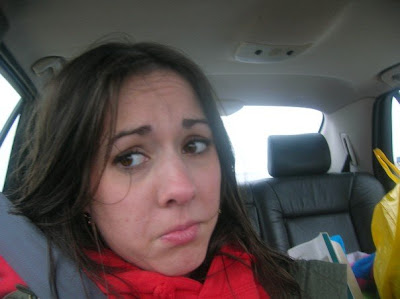 That being said today’s post will feature a selection of movies that aren’t conventionally scary movies- yet for one reason or another they still make me a bit uneasy and perhaps many of you as well. This may very well be called Andre’s Scariest Movie Moments List in that aspect because like our good friends at Bravo many of these movies are not horror movies. And no I’m not putting Charlie and the Chocolate Factory or The Wizard of Oz on this- stupid Bravo and their lists. So here we go...
Back to the Future part II
Discounting part III, the Back to the Future series is an amazing piece of cinema. It’s one of those movies I can watch every single time it’s on TV and never get bored. I can quote the entire movie and make references like it’s nobody’s business. The part that always scared me however was when Marty gets sent to the wrong present day. It’s the shot of those chalked outlined bodies on the road that always freaked me out. They are practically touching each other too…were these rival gang members who killed each other or was it two lovers caught in some gunfire? Yes, I used to wonder about these things. I just always think about how scary it would be to think you’re safe and sound in good old 1985 and then realize your home has been turned into an all out war zone with dead body outlines all over the place! Pretty heavy.

Fast forward to 7:30 to see the part I'm talking about. Don't mind the bad quality.

The story of how this movie came into my being is a wonderful one. One day at McDonald’s when they used to give away cool shit for free- they had the choice of 3 VHS's. My Dad wanted Field of Dreams but I demanded we get Babes in Toyland- that’s right the version with Drew Barrymore and Keanu Reeves. I’m sure my Dad was thrilled. Anyways besides the fact that this was an awful movie there are some scary things about it. Namely, the two trolls Zack and Mack. They have these huge hunchbacks, white faces, gross stringy hair and they just really creep me out. Plus they have rhyming names, and speak in grumbles. Oh and they live in a giant bowling bowl. Yeah, that’s some pretty fucked up stuff man.

They are in this clip and at the end they smash cakes with bats!

Pretty much the entirety of this movie is frightening, but in particular any part having to do with the wheelers. Creepy men who wheeled around on all fours. What makes them creepier is that Dorothy sort of creates the wheelers when she is being wheeled away on a gurney in the mental hospital in the beginning. The wheels make that awful squeaky noise just like the wheelers do. An honorable mention creepy part is when she enters the room with all the heads, and the scary lady who can change her heads picks out a new one.... so deliciously spooky. Plus, it's little Fairuza Balk.

This is probably one of my favorite movies. If you’ve never seen this I can’t talk to you properly until you do. My sister would always make fun of me because when it came time for the Large Marge scene I would always find some way to sneak out of the room. Bathroom break, getting a snack, any excuse would work just as long as I didn’t have to see Large Marge’s face morph into that claymation effect. The first time I ever saw it I screamed out loud. It’s unexpected and mean. Also Pee Wee’s dream about the clown hospital may be the scariest thing in the world. I’m not even joking.


Star Wars:
Whoever doesn’t like Star Wars can just leave right now. Besides teaching important life lessons like; how you should always let a Wookie win, and to never go out on your Ton Ton when the weather is below freezing- Star Wars has some genuinely creepy parts. In particular the scene where Luke discovers his Aunt and Uncle have been burnt to a crisp- their still smoking skeletons in the crawling position. I always felt like I could smell the stench of burnt flesh when watching this part. Also what weapon was that? I don’t remember any imperial weapons that melt bodies to the bones! Poor Luke, he’ll never get to drink his Aunt’s famous weird blue juice again. 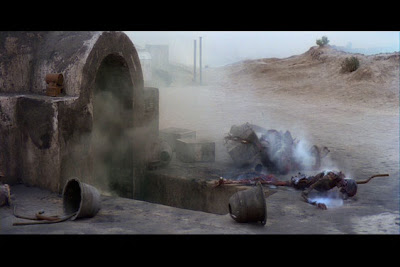 lol Some of that stuff is rather frighting