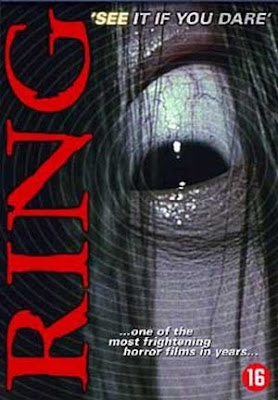 I also noticed the lack of "bwah!" moments in favor of building tension. The special effects seemed minimal, too. Definitely agree on the video being creepier in this version. I'm all for things being creepier.

Although I'd always been a champion of Asian horror, I will not raise my guns to you! Besides, you've given me an appreciation for French extreme, and I should be getting "I'm Not Scared" soon.

Thanks! I do believe French horror has taken over Asian's role in that respect!

The Ring is the only remake of an Asian horror film that I prefer over the original. Props to you for voicing an unpopular opinion, and not just because I also have said opinion!

I have to say that I preferred Ringu by far but I think a lot of that could be the fact that it was the first Asian horror that I saw and it opened up a whole new world of horror for me. I also see the massive influence that it has had on the horror scene on the whole, but after having now seen so much horror from those parts I think it was probably best that Ringu stole my Asian horror virginity as I think I would have different views of it now after the plethora of pale faced, long haired ghosts I have seen since. I really like the confusion and seemingly random interludes that certain Japanese directors bring... sorry I’m waffling now... Good post!

Thanks Erin and Steve!

Steve, Ringu is definitely on the top of my Asian horror list and sadly it's a short list because as you point out I did not see Ringu until now. You are lucky for Ringu to have been your first!