Yay we made it through another year! Every year we experience new things, new people and new places yadda yadda yadda. This year was an interesting one- I graduated from college, moved to Boston, became unemployed and then found a job- and most importantly I began a little project called The Horror Digest. After starting a blog sometime last year (Sunny's Delight if you're feeling saucy) I realized my true passion was Horror- and plus always having to look at my dog who died in March was too much for my little heart to handle. Thus began the formation of what you are reading now. SO before we began another year full of blogging I will tell you 5 things that I've learned since starting my blog. 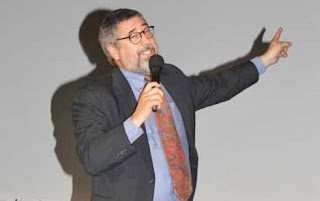 This should come as no surprise to any of you- actually this whole list should come as no surprise. But for real...with every new person I meet in life- I find that I am constantly asking them if they know about John Landis. Sure they may "know" about him but do they KNOW ABOUT HIM? And by that I mean how awesome he is. I was trying to explain his genius to Emmy Doomas yesterday and I decided that it's because he has the perfect blend of comedy and horror that just feels so incredibly natural. His horror movies are just the right amount of funny to not be considered a "horror comedy". He maintains an equal hold of both- kind of similar to Tom Hanks who can be an amazing actor yet has the most perfect comedic timing I've ever witnessed. An American Werewolf in London has quickly come one of my favorite movies and it's becoming equally possible that John Landis may replace Dario Argento as my favorite director of all time. Mind blowing I know. So in closing, John Landis, if you're out there...I love you.

2. Eli Roth Really IS a Bastard. (But Still Attractive) 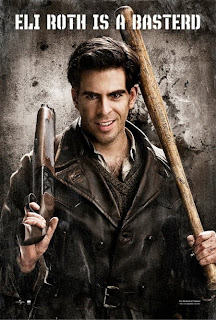 The inside of the horror world is a gross and disgusting place- actually I don't know that but what I do know is that some people have huge heads and egos and my experiences these past few months have shown me this in full force. I promise this will be the last time I go into this story- and with the new year comes new obsessions and new people to block me (wink wink John Landis). Ahem. At some point these last few months I noticed someone had retweeted one of Mr. Roth's tweets. That's funny I thought...that tweet of his never showed up on my timeline...let me check out OH WHAT what is this shit? Eli Roth had had months of tweets that I had never seen how could this be?! I went to follow him again thinking that Twitter had become wacky at some point and deleted those I was following but instead I got this message "This user has blocked you from following them" Yeah what the shit is that about? I've gone over and over the past few months in my head and the only logical explanation is that A. he was scared of the love I had for him and B. he was mad that I said I don't like Hostel or Cabin Fever but LOVED emphasis on loved, Hostel 2 and that I still had faith in him. Apparently that warrants a block? Shade city. After a little research I've found that people have had similar experiences, namely writing him nice comments on his Myspace about how they didn't love a certain part of his movie but loved many many other things- which in turn lead to Eli completely deleting the entire comment. In the immortal words of Stephanie Tanner, How rude! But for real, grow some skin and realize that not everyone is going to love you.

3. French is the New Asian. 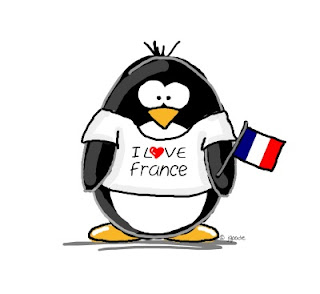 Alright I've beaten around the bush long enough so I'm just going to say it- I don't like Asian horror. Well I like it but I don't love it as much as everyone else seems to. But it seems to me like French Horror has really picked up the pace this past few years. With movies like Martyrs, Inside, Ils, Frontiers, High Tension, title after title of complete and utter masterpieces I cannot help but notice that foreign horror has a new Daddy. Move over Asian Horror, the French are here to claim your throne. I am so excited to see what the French will come up with next that I can hardly contain my excitement. On a side note French children are also the new Asian baby. I always see this little French boy talking French to his mother on his way to school and it overloads me with cuteness. It sounds to me like the French are just taking over the whole world...I wonder if French game shows are superior as well... 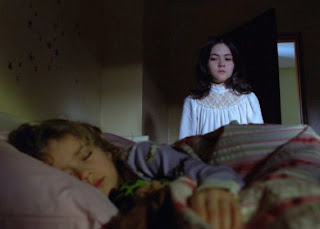 I used to think sharks and spiders were terrifying but I honestly think I'm ready to amend my list of worst fears and add crazy, creepy, murderous children to it. The Children, Orphan (debatable) The Village of the Damned, The Brood, It's Alive!, Grace, The Innocents - the list can go on for ages! I had never before realized just how scary children can really be and with the latest additions of Grace and The Children it's pretty obvious that filmmakers are ready to seize the issue as violently and brutally as possible. Children are no longer safe from on screen deaths or violence - basically nothing is taboo any longer and with the promise of the new year brings the promise of more vile and terrifying children....ooh I shudder at the thought!

5. Blogging is the Tits. 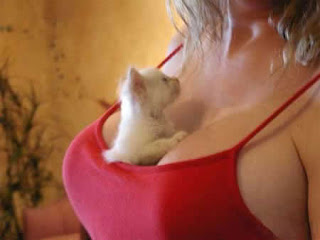 The Horror Digest has been in business since July and I can't believe how far it's really come. I used sit and watch the counter on my blog and cheer for joy when one new person came to read each day. My first comment? Forget it- I was celebrating for weeks. And now I average about 100 something views a day- plus on average about 8 comments per post. I still can't believe it and it makes me swell with pride and gratitude for all of you that read and seem to enjoy what I write. The fellow bloggers and horror fans I have interacted with these past months are some of the greatest people I've ever met. And with the creation of this blog and the success I've gained, I've come to realize that this is my true passion in life. Thank you to all, you know who you are and I love each and every one of you. Happy New Year and may the next year bring us luck and excitement in the horror world!
Posted by Andre Dumas at 8:44 AM

Aw a kitten and John Landis is hilarious.

That top image is the greatest thing I've ever seen.
Also, just wanna say you've been a terrific addition to the horror blogging community in 2009, welcome aboard. I can remember that excitement when I got the Vault going two years ago, it's pretty awesome. Your blog is one of the very best new ones to pop up all year.

And aww B-Sol! You're the greatest : ) I do owe a large portion of my readership to you you rock!

Yeah, that top image is tremendous - I want it on a t-shirt!

Thanks for all your recommendations this year - you ain't kiddin': French horror is quickly taking over my soul. Martyrs was probably the best recommendation anyone's given me in any genre!

Can't wait to see what you have in store for your great blog in 2010!

Happy New Year Andre! Wishing you the best in2010.
Eddie.

Been reading your blog for some time now (can't recall just when I started exactly), though rather lamely have never left a comment before. Wanted to congratulate you on your efforts thus far and say thanks for alerting me (and many others I'm sure) to a whole bunch of great films by way of your easy (and enjoyable) to read posts. This blog is one of the first I make sure to check out each morning (or afternoon if am working) as it miles ahead of most others blogs out there, no worries.

Eli Roth? He aint worth the time.

And oh yeah, to reiterate--Eli Roth is a douche.

Wow! Thanks everyone : ) A happy new year to you as well- and thanks for all of your continued support!