Notable Animal Deaths (and Almost Deaths) That Hit Me the Hardest.

In light of reviewing the notable animal deaths of 2009 (Bill Clinton's cat Socks and the Taco Bell dog to name a few) I decided that I am a horrible person and get much more sad when animals die rather than humans. This has been true when watching movies my whole life. When a person dies yeah sure it's sad but if a puppy dies forget it- waterworks city. So I now bring the animal deaths and the almost deaths that hit me the hardest. Grab a box of tissues while we remember those we have lost (or almost lost). 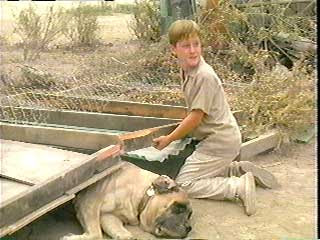 The Beast's almost death was especially sad because once we found out that he wasn't actually a giant demon beast (thanks a lot Squints) we realize that he was just an energetic St. Bernard who wanted to have some fun. The sound he makes when the fence falls on him is one of the saddest noises my ears have ever heard. Thank goodness for Smalls and Benny the Jet Rodriguez- or else the sandlot would have been responsible for killing a poor blind man's dog. And how awful would that have been to knock on your scary neighbors door- who just happens to be a blind James Earl Jones and tell him that his dog died? As sad as this one was I really just blame it all on Squints for creating false legends and stories about a harmless dog who likes baseballs and slobbers a lot. 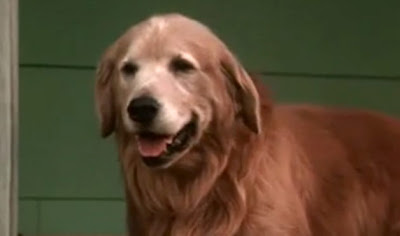 This almost death lives in infamy as the saddest moment in any movie period. And yes I'm counting when Julia Roberts dies in Steel Magnolias. Shadow was only the coolest, nicest, oldest dog on the block and after that strenous journey- that practically killed all of them- we find Shadow in the bottom of a muddy ditch, unable to escape. In his final moment of heroism he tells the others to leave him there and just to go on- and those bastard filmmakers made us think that they did. At the end the kids see Sassy and Chance return but poor Michael is still left without a pet. And then when all hope seems lost... a faraway bark sounds- Michael slowly turns around and the music kicks in- SHADOW LIVES, he's limping to get to Michael and.....and......oh Jesus I'm tearing up thinking about it right now. It's too much!

One night my freshman year of college, I ordered a burrito. This is important trust me. After an agonizing 20 minutes of deciding between steak or chicken I opted for bbq chicken and was terribly excited when it arrived. As I unwrapped the foil and held the chubby burrito in my hand a horrible and depressing thought came to mind. This burrito...looks exactly like the puppy that almost dies in 101 Dalmatians! You know when John is stroking the puppy back to life? Well the puppy looks like a burrito and if you don't believe me go get one for yourself (even if you have to drive really far away BJ-C!) Anyways. This part when the maid brings it out and says one didn't make it is so awful, and so heartbreaking- and the puppy's miraculuos recovery is more stunning than Baby Grace's. Plus now whenever I get burrito's I stroke them...stop looking at me like that- I'm just trying to save a life! 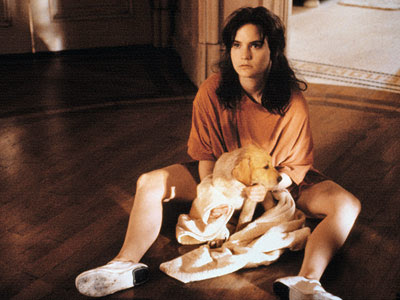 When I saw this puppy get introduced into the movie I thought, oh it's OK they wouldn't kill a puppy. But of course as we all know that concept gets thrown right out the window...literally. Who throws a puppy out a window?! And who shows the dead puppy on the sidewalk afterwards?! Poor choices by all and I'm still not fully over it yet.

Cat (Drag Me to Hell)

I don't remember this cat's name because I blocked out this entire scene due to sadness- but if some curse was put on me and the only way to maybe stop it was to make an animal sacrifice I would have jumped out of a window. My sister once asked me, if there was a fire and I had the choice to save either her or my cat what would I do? I thought about it for like 2 minutes and she got really mad-but the truth is I wouldn't have saved either of them. I would have jumped out the window so that we could all live together in Heaven... so there. Seriously when she made that decision I was so taken aback. I can't even fathom doing that- plus that was really more of a "suggestion" it wasn't even a proven method for ridding the soul of a curse- so...yeah something aint right with her and I'm glad she got dragged to Hell.....bitch.
Posted by Andre Dumas at 1:53 PM

You are so right on all of these things! Except for the sacrificing of the cat... I would do that in a heartbeat. I hate my roommate's cat. Plus... if you jump out of the window, I'm not sure if suicide victims go to Heaven... *shrugs*

Haha if it was YOUR cat you would love it. Or- substitute any pet to fill in how I felt in that moment!

Good point... but maybe the J-man would be cool with it since it was a sacrifice for the greater good of mankind/ I'd rather sacrifice myself then not save a loved one? Let's hope.

Totally agree. Saddest animal death ever was the horse in Never Ending Story - still makes me weep now...
Would much rather the people die than the animals!

I would also like to add the beagle from Audition. I nearly cried it was so bad.

ah! Artex! I completely forgot...you are so right that one get's me everytime.

Thomas- too obvious and realistic I suppose! There were a lot like that like Old Yellar but truth is I could have gone on for days maybe I'll do a part 2 someday. But Cannibal Holocaust is sort of unfair since they actually died and real death or not I never felt any attachment to those animals...except maybe the turtle.

Oh yes I did think of that one as well Monster Scholar! He was very cute...I actually had a list of like 20 but once I got to Drag me to Hell my heart couldn't take it anymore! It'll have to be a continued segment me thinks.

It does seem really, truly horrific when animals die in movies. People I'm okay with, but small kids and animals -- forget it. How about when that kitten gets blendered in The Brothers Grimm? And then the bishop licks a piece from his own face -- ugh!

The only part of I Am Legend that I gave two shits about. When he had to kill his own dog, man that sucked it.

Ooooh shit yeah I heard about that scene in I am Legend! Awful.

I haven't seen Brothers Grimm but now I never will!!!

Bwahaha..I kept reading in the forums on IMDB for Drag Me To Hell that pretty much everyone agrees - when she killed the cat, they no longer cared whether she lived or died.

Oh yes, I think the cat dying in Drag Me to Hell was the sadest. Poor kitty.

Single White Female! Bah! I'd completely blocked that out of my brain...now I need therapy!

I was also devastated when that horse went over the side of the ferry in The Ring. God I still fast forward over that scene. (*sniffs*)

And I Am Legend...I can't even talk about it.

Ooooh the Horse in The Ring YES so devastating.

This comment is late. By like two years. Sorry. But I would add the scene in Wall-E when he drives over the cockroach. I almost cried. :(
Not EXACTLY fitting for a horror blog, but fitting for the post. Sue me!

Ooooh I never thought of animated animal deaths... good one!

I then would also add the part in the lady and the tramp when you think the carriage falls on that dog and kills it. Man, good camera work there.

This is a post that has had a part 2, waitingly patiently in the wings for a long time..