See? I Told You Gimpy People Can Have Sex Too... 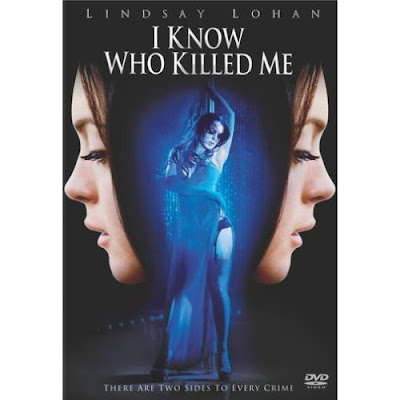 This is probably the worst movie I have ever seen. The only reason you should ever watch this movie is to confirm the absolute insanity and horror that somebody actually made and put this film out there.

Lindsay Lohan plays 2 people, stigmatic twins who don't know the other exists. One girl is named Aubrey and is a good student who plays piano-she gets abducted by a serial killer. Later, Dakota Moss, a trashy stripper who's arm and foot fell off one day turns up and everyone thinks it's Aubrey. Ummm soo Dakota knows who is killing her other self and tries to find her other self before it is too late. Oh and the killer is the creepy piano teacher.

I don't want to talk about it anymore but this is really not worth anyone's time. And although many people say that blah blah blah it only happened in Aubrey's head because when she's in trouble she gets so consumed into her story that she's written about Dakota that it's like an alternate personality but whatever even if that was the case it wasn't well done-And like a bad twist ending it completely ruins and cancels out everything that happened in the movie...not that there was much to ruin anyways.

am i the only person who liked this movie? i wonder if one of the big reasons people love to hate it is because of who it stars....